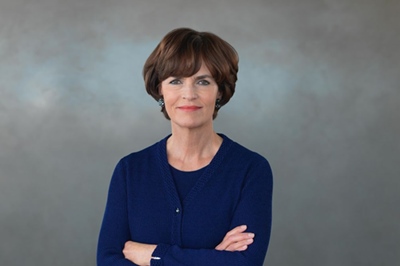 Trumpf has reported that sales of its laser technology rose to a record-breaking €1.23 billion in the year ending June 2017 – up from €935 million in the prior year, and buoyed by a global economy thus far remaining strong in the face of looming headwinds.

The largely family-run Ditzingen, Germany, company’s overall sales remain dominated by machine tools and jumped 11 per cent year-on-year, to €3.1 billion, while pre-tax profits of €337.2 million were up by a similar degree.

Perhaps most encouraging of all, Trumpf posted an even larger increase in orders, which rose 21 per cent year-on-year, to €3.38 billion.

Protectionism outweighed
CEO Nicola Leibinger-Kammüller stated that recent political developments have had little impact so far on business in Europe, Asia and the Americas.

“The prevailing strength of the global economy has been outweighing potential impediments to investing: pledges of protectionist measures, the Chinese government’s approaches to disseminating information, and the UK’s exit negotiations with the European Union,” she said in a company statement. “All the same, we do forecast clouds over the investment landscape in the medium term.”

Leibinger-Kammüller and her recently reorganized senior management team have spent heavily in recent months to upgrade and expand the Trumpf infrastructure, with €200 million invested in a new production facility in Neukirk and a new logistics center at the Ditzingen headquarters – among other things.

The new financial year has got off to a similarly expansive start, with Trumpf’s US footprint growing thanks to the opening of a new “Industry 4.0” demonstration facility in Chicago last month, and the recent acquisition of precision CO2 laser specialist Access Laser.

“The first quarter certainly has gotten off to a promising start,” Leibinger-Kammüller said. “We’re therefore optimistic that we can once again reach a higher single-digit percentage increase in sales this fiscal year.”

The CEO expanded on the US focus in her introduction to Trumpf’s just-published annual report, using a baseball metaphor to reflect the “4.0” theme and writing:

“We want to send a signal to the United States – confirming our allegiance with our longstanding partner, at a time when free trade and transatlantic relations are sometimes being called into question. For us, the United States still represents one of our most important growth markets – especially in the domain of digital production.”

The new Chicago facility appears to be proof of that commitment, with Leibinger-Kammüller hopeful that the long-awaited World Series success of the local Cubs baseball team in 2016 can be mirrored by the laser firm. 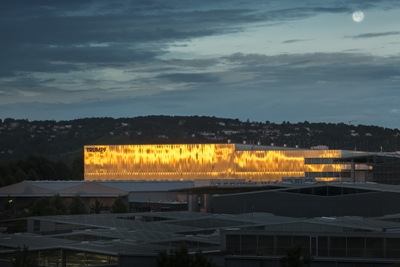 EUV and Industry 4.0
One of Trumpf’s key focus areas is extreme ultraviolet (EUV) lithography, where it provides the giant laser amplifiers used to generate broadband radiation extending to the EUV wavelength of 13.5 nm needed in ASML’s giant systems.

Each of those ASML tools sells for in excess of €100 million, with the Trumpf equipment making up a substantial chunk of the cost, and sales are set to rise sharply over the next couple of years. As an indication, ASML expects to post EUV system sales of around €2.5 billion in 2018 – up from €1 billion this year.

In its latest annual report, Trumpf wrote: “Manufacturers of microchips are successively changing over their production to EUV lithography systems. We expect several customers to start series production on these systems in 2018 and 2019. Manufacturing microchips with EUV exposure replaces three to four classic exposures. That cuts costs and reduces rejects.”

The company added that it is prepared for “different scales” of this key business as it develops – thanks to a framework agreement concluded with ASML, and through the creation of new space for its dedicated subsidiary, Trumpf Lasersystems for Semiconductor Manufacturing GmbH.

On the Industry 4.0 front, Trumpf added: “The laser is our favorite tool. It leaves us perfectly positioned to face the future because it is the most suitable machining tool for Industry 4.0 production.

“It is an important enabler for the production of microchips, and a key customization tool that marks workpieces with unique codes containing process and customer information. It is also a creator of parts that yields the maximum possible range of products through cutting, welding, coating, ablating, roughening, polishing, and a multitude of other machining processes.

“Whatever upheaval and conceptual leaps we face, and whatever unfamiliar territories we may enter in the realms of collaboration and digital opportunities, we can be confident of one thing – we can always rely on our ‘tool 4.0’.”