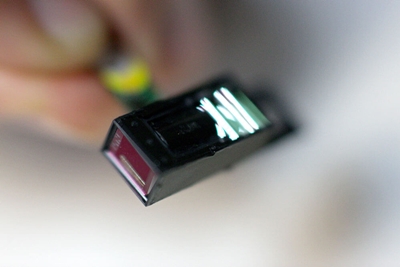 Corephotonics, an Israeli startup company developing camera technology that it says will raise the performance of camera phones to professional standards, has landed $15 million in a follow-up round of equity financing.

The latest round sees Samsung Ventures, iPhone producer Foxconn, semiconductor chip maker MediaTek and an unspecified but “top-tier” smart phone OEM investing in the company, which is headquartered in Tel Aviv and pursuing a licensing business model.

Dual camera tech
According to Corephotonics, Apple and others have already incorporated similar dual-camera technology into their latest phones. “During the Consumer Electronics Show (CES), more than half of the advanced smart phones announced were using dual main cameras,” noted the firm. It was set up in 2012 by CEO David Mendlovic, also a professor of electro-optics at Tel Aviv University, alongside imaging guru Gal Shabtay and entrepreneur Eran Kali.

Mendlovic, whose impressive resumé includes stints as the chief scientist of the Israeli Ministry of Science and general manager of Tessera’s image enhancement division, previously started up the optoelectronics firms Civcom and Eyesquad.

“We established Corephotonics in order to improve the image quality in smart phones, and to provide consumers with a unique user experience, after we identified this need of device manufacturers,” said Mendlovic in a release from the company.

“We successfully predicted the use of dual cameras, and we currently see such cameras being integrated into a broad range of smart phones by all leading manufacturers. We are pleased that top-tier investors have expressed confidence in our capabilities, allowing us to develop next-generation camera technologies, which will reach the market within the next few years.”

Gonzalo Martinez de Azagra, who heads up the Samsung Ventures operation in Israel, added: “Samsung Ventures is determined to invest in ever-more compelling solutions for mobile devices, using the best-of-breed technologies, and Corephotonics is a world-renowned leader in the mobile imaging space.”

According to the company, its dual-camera technology enables imaging capabilities that until now have only been available in professional cameras to be incorporated into a smart phone. “The technology is based on the combination of two cameras, which enables stills photography with optical zoom of up to 3x and up to 8x zoom in video, even in low light conditions,” it claims.

The approach also enables the so-called “bokeh” effect, where blurring a photograph’s background helps the main subject in the image to stand out better. That typically requires a digital single-lens reflex (SLR) camera, although high-end phones including Apple’s new iPhone 7 Plus now offer this feature.

As well as its patented dual-camera optics, the Corephotonics team has developed a zoom function that is slim enough to be incorporated into a phone, and a new design based on folded optics that is said to capture five times as much light as a standard camera.

They say that the latest investment round will go towards developing next-generation cameras for smart phones, and to help the company expand beyond phone handsets and into the automotive, drone, surveillance, and action camera markets.

To do that, Corephotonics plans to add to its current 50-strong workforce by recruiting dozens of engineers in Tel Aviv, along with support staff and integration engineers in China and South Korea. “In addition, the company is exploring opportunities to acquire complementary technologies,” says the firm.