Orders for more production units prompts CEO Peter Wennink to say company is moving into 'next phase' of EUV industrialization. 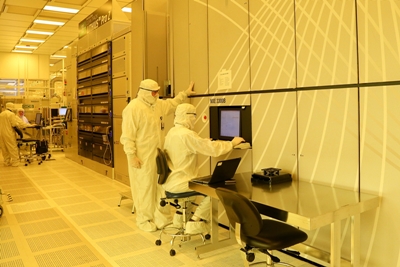 Announcing record annual sales of €6.8 billion and an increase in pre-tax yearly earnings to €1.47 billion, CEO Peter Wennink said that customers now had the confidence to place orders for production-worthy tools, which rely on powerful laser generation of an EUV-emitting plasma.

18-tool backlog
With orders for six new tools received in the closing quarter of 2016, the company now has a backlog of 18 in all, and with a typical tool costing more than €100 million that equates to a backlog of some €2 billion – almost exactly half of ASML’s total backlog at the end of last year.

“These orders show that they are committed to take EUV into production, and we expect that the first customers will start volume manufacturing with EUV at the 7 nm logic node and the mid-10 nm DRAM node,” Wennink said. “We are now moving to the next phase of EUV industrialization.”

The CEO highlighted recent benchmarks in productivity – one customer has been able to expose more than 1500 wafers per day on average, over a three day period – and tool availability (a measure of uptime), with the best-performing EUV systems so far operating at 90 per cent availability over a four-week average.

Although consistency across sites and between individual tools does still need to be improved, the fact that customers have ordered six NXE:3400 systems (the newest, production-worthy tools) indicates their confidence that the targeted metrics of 125 wafers per hour and 90 per cent availability will be met in time for production insertion, beginning in late 2018.

Turning the corner
Wennink added that ASML expected to receive further volume orders in the current quarter, and said that the logic and memory chip technology enabled by EUV lithography would be critical for a wide range of emerging applications including autonomous driving, artificial intelligence and augmented reality, among others.

“The orders that we are getting now for the NXE:3400 system are really geared up to be able to produce chips in high volumes by the end of 2018 and start of 2019.”

“That can greatly simplify the process without increasing the cost. And we hope to use this [EUV] technology to prepare for the EUV production experience for the full-fledged technology on 5 nm.”

TSMC is expected to begin initial 7 nm node production late this year, suggesting that its EUV-supported manufacturing will start towards the end of 2018.

Adding that the confidence around EUV tools would enable Moore’s law to continue, Wennink said that he expected ASML’s acquisition of a billion-euro stake in optics giant Carl Zeiss to be completed by April.

That deal is intended to help Zeiss develop future generations of high numerical aperture (NA) optics for EUV lithography tools, technology that will not be deployed commercially until at least a decade from now. 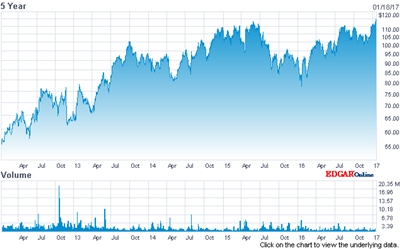 Economic multiplier
Looking towards the nearer future, ASML’s executive team believes that it is now on track to hit revenues of €11 billion by 2020 – partly thanks to growing sales of EUV tools, as well as the contribution from recent electron-beam lithography acquisition Hermes. The company will double its EUV tool production capacity to 24 systems in 2018, a total that should translate to sales worth between €2.5 billion and €3 billion.

The surging confidence in ASML’s progress appeared to convince investors, with the company’s stock price up 5 per cent after the latest results announcement. That increase pushed its market capitalization close to €50 billion. At around $120 in pre-market trading on the Nasdaq exchange on January 18, ASML shares stood at an all-time high.

ASML also benefits from a relatively low rate of taxation – around 13-14 per cent - on its profits, thanks to an incentive scheme in The Netherlands that is intended to stimulate and reward high spending on research and development.

Wennink says that as well as the thousands of R&D staff employed by ASML directly, thousands more jobs relies on the domestic supply chain that produces many of the components and tooling that feature in ASML’s systems.

“It’s a big multiplier for the Dutch economy,” said the CEO.