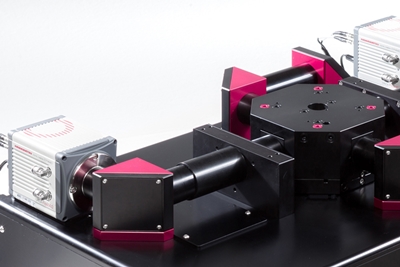 Luxendo, a Heidelberg, Germany, startup developing laser light-sheet microscopes that it says will revolutionize biological imaging, has raised €8 million in a series A round of funding.

Spun out of the European Molecular Biology Laboratory (EMBL) and backed by the EMBL’s own technology transfer and venture arms, as well as Amsterdam-based Life Science Partners, the company plans to invest the cash in its sales and marketing teams, plus its production capacity.

Low phototoxicity
The Luxendo technology is promoted as a low-phototoxicity alternative to conventional confocal microscopy. Last year the company launched its “MuVi-SPIM” and “InVi-SPIM” tools, both single-plane illumination microscopes (SPIM) said to be much faster than confocal microscopy but with comparable resolution and lower photo-damage.

“This technology allows scientists to observe living organisms for extended periods of time without them being adversely impacted by photo-toxicity,” states the firm. Its microscopes reduce sample photo-toxicity by only illuminating a sequential stack of thin slices of the organism being viewed.

The firm says that it is also planning to introduce a new instrument for quantitative fluorescence imaging this year. “This novel instrument is in its final development phase,” it reported.

Strong demand
Andreas Pfuhl, Luxendo’s CEO, said that interest in the microscopes from both academic and industrial customers was “greatly exceeding” the company’s expectations.

“We are delighted that this high level of interest has persuaded our existing investors to commit the additional funds we need to expand Luxendo sales, marketing and service capabilities,” he added. “By strengthening our organization we will be able to drive the sales of our microscopes and to ensure that we deliver first-class customer support.”

Stefan Herr, managing director at investor EMBL Ventures, noted: “Today more than 2500 cell biology labs around the globe use confocal microscopes to conduct their research, however there is a rapidly growing interest in microscopes that use SPIM technology by scientists in both academia and industry. Luxendo’s SPIM technology means that it is well placed to tap this rapidly emerging market.”

Joachim Rothe from Life Science Partners added: “SPIM microscopy allows researchers to see things they couldn’t dream of before, such as imaging the entire embryonic development of an organism with sub-cellular resolution. We are convinced that Luxendo will become the leading supplier of this exciting technology to biomedical research labs around the globe.”