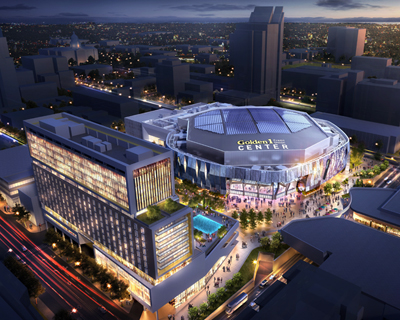 A new basketball arena called Golden 1 Center, which will be home to the Sacramento Kings, California, US, is expected to be one of the most technologically advanced sports venues in the world.

Scheduled to open in October, 2016, it is already setting records as the world’s first installation of wideband multimode fiber, according to its supplier CommScope, which develops this network capacity-boosting network technology.

The cabling backbone in the new arena’s data center is based on CommScope’s LazrSPEED 550 WideBand Multimode Fiber and, along with other equipment, the network and communications system will support all wired and wireless communications within the stadium.

Ryan Montoya, Sacramento Kings Chief Technology Officer, commented, . “We believe connectivity is critical to the venue experience of the future. The Golden 1 Center will be the smartest and most connected venue in the world, providing a seamless and intuitive experience for our fans and attendees.”

David Redfern, senior vice president, CommScope Connectivity Solutions, commented, “CommScope is heavily involved in fiber optic standards development, helping drive advancements like wideband multimode fiber from conception to implementation. We congratulate the Sacramento Kings on this first deployment of wideband multimode fiber and expect it to be the networking foundation for an exceptional fan experience for years to come.” 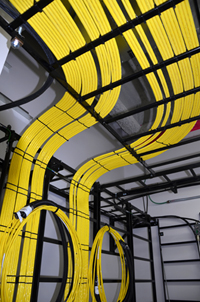 CommScope is the sole supplier of WBMMF for the new basketball venue. The company also supplied other important elements of the communication infrastructure network including: