Quantel back in the black; signs up new UK distributor 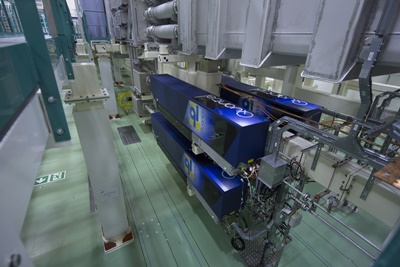 Quantel, the Paris-listed laser manufacturer, has posted its best financial results for the first half of the year since 2011, breaking even as sales jumped by more than a quarter on the same period last year.

At €31.3 million, Quantel’s revenues rose by 26 per cent on the 2015 figure. The company’s scientific and industrial division saw sales rise 22 per cent to €15 million, with medical and ophthalmology revenues up 30 per cent to €16.3 million.

The industrial and military division’s performance has been helped by key orders relating to France’s Laser MegaJoule (LMJ) nuclear fusion project, with regular business from both that €20 million contract and a deal involving Rafale aircraft worth a total €13 million over the next few years.

Yellow fiber source
On the ophthalmology side, Quantel’s lasers are selling well in both India and China, while the company launched a new 577 nm fiber laser for the important photocoagulation market at the annual European Society of Cataract and Refractive Surgeons (ESCRS) conference earlier this month.

Based on fiber laser technology originally developed for industrial applications, the frequency-manipulated source matches the peak wavelength for oxyhemoglobin absorption, but is not absorbed by the xanthophyll pigment contained within the retinal sub-layer. As a result, it is said to be ideal for treating patients with diabetic retinopathy or age-related macular degeneration (AMD).

Quantel Medical CEO Jean‐Marc Gendre said of the laser, which features in the new “Easyret” photocoagulator product: “This technical breakthrough is based on Quantel’s proprietary ELBA fiber laser technology, which the company has utilized in scientific and industrial areas. We are very excited to bring this technology to ophthalmic surgeons and their patients.”

The compact source delivers energy in a top-hat laser spot profile, with surgeons also able to select a “multispot” mode to treat multiple targets, or a train of short pulses to manage thermal effects.

Exclusive UK distribution deal
Quantel has also signed up Edinburgh-based Photonic Solutions as its exclusive distributor in the UK. Photonic Solutions will now offer sales and service for all of Quantel’s product lines, including pulsed YAG, DPSS, fiber and diode lasers, and the company’s managing director John Macleod said:

“We’re excited with the broad range of products, the product pipeline and, most of all, working with the strong team at Quantel. Our UK customers expect us to partner with the best manufacturers, and we’re thrilled with what this new alliance can bring them.”