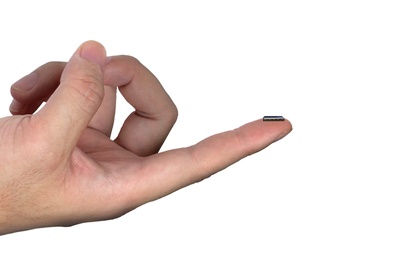 The company says that it will use the cash to accelerate development and marketing of its sensor components, including the “ezPyro” product launched earlier this year. Pyreos is aiming ezPyro at markets as diverse as flame detection for petrochemical firms, and wearable fitness trackers.

Describing the latest equity round – which follows an earlier £2.5 million investor package – as coming at an “exciting time” for the company, Pyreos CFO Andy Laing said:

“The continued support of major shareholders and the introduction of a knowledgeable new investor both validate the huge opportunities available to Pyreos. Their confidence in this business, and their cash from this funding round, will help us to accelerate the development and commercialization of a number of strategically important innovations.”

Anthony Clarke, the CEO of London Business Angels, added: “We’re always on the look-out for companies that have innovative and disruptive technology and with Pyreos we think we have hit the jackpot.

“Not only do its sensors have a wide variety of applications across a broad range of industries but they are also well-suited to the £18 billion wearable technology market. Our investors are always excited when we introduce them to businesses like Pyreos because they can see the potential for its technology.”

Kerry Sharp, head of the Scottish Investment Bank, said: “Pyreos is an excellent example of a Scottish technology business that is operating in a global market. The company is already trading internationally and exports 90 per cent of its sales.

“The diverse range of customers that use Pyreos’ sensors means that the company is not reliant on one single market. This is just the kind of business that the Scottish Investment Bank is here to support – innovative, disruptive and internationally-focused.”

Wavelength-specific sensing
The Pyreos technology, protected by nearly 150 filed patents, was originally developed within Siemens. But after investing an estimated €10 million in the thin-film ceramic materials at the heart of the sensors, the German industrial firm decided to spin-off the technology in 2007.

The latest ezPyro products combine one or more pyroelectric sensor elements with a digital application-specific integrated circuit (ASIC), while wavelength-specific sensing is possible with the inclusion of a wavelength-dispersive optical element and optical filters.

Earlier this year Pyreos said that its 2015 sales figure jumped more than 60 per cent on the 2014 total, while it recently signed a deal with Bosch India to help develop a new analytical technique based on its devices for quality control in dairy production.

The company’s pyrolelectric sensors will be used to identify chemicals in milk and a wider range of adulterants than is possible with current technologies, thanks to their operation in the so-called “fingerprint” mid-infrared spectral region.

And earlier this month the company announced a "strategic purchasing agreement" with Parker Kittiwake that will see Pyreos providing bespoke sensors and optics support for trials in the analysis of oils and various additives.