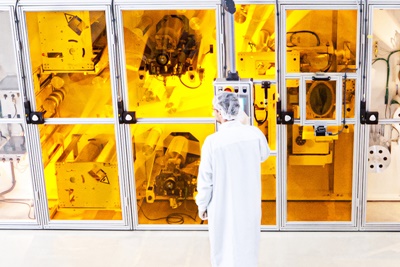 On a roll: OPV film production

Heliatek, the Dresden, Germany, company that makes organic photovoltaic (OPV) films, is to dramatically scale up its manufacturing capacity after securing an €80 million round of funding.

While several of its earlier venture investors took part in the series D round, with an additional €42 million in equity funding, the not-for-profit European Investment Bank (EIB) is also providing a €20 million loan. Of its investors, Innogy SE - the renewables, grids and retail subsidiary of German energy giant RWE - increased its equity stake from 9 per cent to 20 per cent.

Together with an expected €18 million in grants and subsidies through schemes such as the European Commission’s Key Enabling Technologies (KETs) pilot lines funding program, the injection of cash will see Heliatek increase its annual OPV film manufacturing capacity to 1 million m2.

The expansion is also expected to create 50 new high-tech jobs at the firm, which is one of the few OPV pioneers to have survived a vicious industry shake-out precipitated by the enormous increase in silicon PV module production over the past few years, predominantly by state-sponsored Chinese firms. 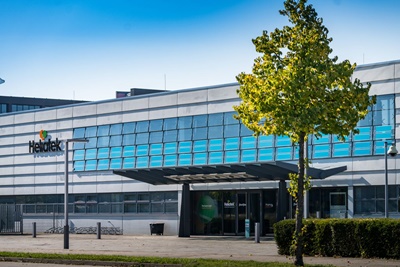 Building integrated OPV
Heliatek’s CEO Thibaud Le Séguillon said in a company announcement: “We will continue to lead the way in enabling distributed energy generation on industrial and commercial buildings. We will follow our strategy by expanding the BIOPV (building integrated organic photovoltaic) market through supplying large quantities of our HeliaFilms to our customers in the building and construction material field.”

Le Séguillon, who has been CEO at the university spin-off company for five years, has spent much of that time seeking to raise the funds required to scale up production and reap the benefits of greater economy of scale.

Heliatek had previously raised €18 million in 2009, at the height of the global financial crisis, but since then investors have largely shied away from the PV sector – with other highly regarded OPV pioneers such as US-based Konarka falling into bankruptcy.

Back in December 2011, Le Séguillon told optics.org that the plan was to raise around €50 million to complete the envisaged scale-up. However, Heliatek was only able to raise another €18 million in its subsequent October 2014 series C round – largely through the investment company owned by BMW heir Stefan Quandt.

At that time, Le Séguillon said that the “D” round would be needed to expand annual production capacity by a factor of 20, from 50,000 m2 to the targeted 1 million m2.

In the intervening years, Heliatek has showcased the OPV technology in a number of relatively small installations, while its research and development team led by CTO and co-founder Martin Pfeiffer has increased the conversion efficiency of its cells to a world-record 13.2 per cent - achieved earlier this year with a multi-junction design. 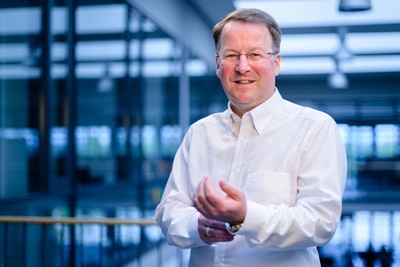 EIB’s ‘counter-cyclical’ backing
The EIB’s involvement appears highly significant: back in 2013 it signed a memorandum of understanding with the European Commission that it was hoped would see loans made available to aid the transfer of KETs into genuine commercial products and wealth creation.

Philippe de Fontaine Vive, vice president of the EIB and with responsibility for funding innovation, joined the EC’s “high-level group” for KETs, with a view to providing a “counter-cyclical” boost to economic growth in the region through strategic lending to innovative firms.

EIB president Werner Hoyer said at the time: “Up until now, the technological edge is still the most important asset of the European Union. But if we do not further invest and do more in technology, we will lose that competitive edge.”

Heliatek and the European OPV sector has now emerged as one of the beneficiaries of that strategy, made under EIB’s “InnovFin – EU Finance for Innovators” program. The current EIB vice president for Germany, Ambroise Fayolle, said of the Heliatek loan: 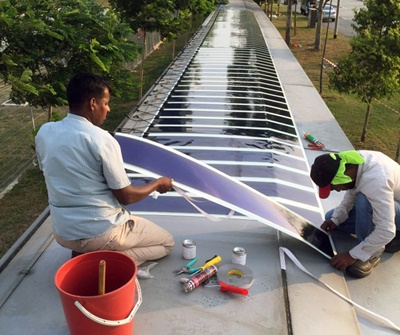 “The EIB is committed to support innovation in Europe. Loans to innovative mid-caps like Heliatek are key to drive Europe's knowledge economy.”

The company is also set to receive backing via the local State of Saxony, with Minister President Stanislaw Tillich - who officially opened the company's pilot production line in 2012 - saying:

“Heliatek is the perfect example of the innovation power of the Saxon economy. My government is convinced of the economic potential and further technological development opportunities of not only the company but the entire field. Saxony is one of the leading regions in the field of photonics.”