Problems with stray light and iced-up optics in two years since galaxy-mapping satellite began its survey. 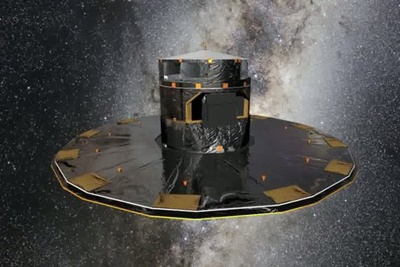 The European Space Agency (ESA) says that its Gaia mission to map the Milky Way galaxy in unprecedented detail will make its first public data release on September 14.

Launched in December 2013, Gaia is now two years into a five-year effort to pinpoint the positions, distances, motions and other properties of more than a billion stars in Earth’s local galaxy. Once settled into its “L2” Lagrange position, Gaia’s sky survey began in August 2014.

Gaia uses a wealth of optics instrumentation to collect astrometric, photometric and spectroscopic data on all those stars, as well as some more distant galaxies and quasars, including a billion-pixel camera featuring bespoke CCD sensors made by UK-based e2v technologies.

Technical challenges: ice and scattered sunlight
But with the first data dump now imminent, ESA has revealed the extent of some of the problems that its engineers have had to overcome since the 2013 launch, including three major issues that all relate to optics technology. 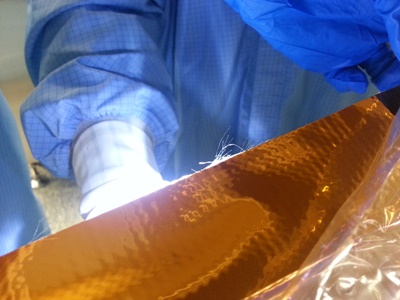 Although some water trapping had been anticipated, soon after Gaia’s launch the mission team noticed that much more ice was forming on parts of the craft’s optics than predicted – although the craft’s heaters have been able to remove it, up to a point.

Project scientist Timo Prusti explained in an ESA release: “During the commissioning phase, we noticed that there was a rapid drop in transmission from the mirrors, but this disappeared when the affected optics were heated to remove the ice.”

He added that this process of “decontaminating” the ice had now taken place a couple of times. After each occasion the optics remained clear for a longer period of time.

The last heating operation took place in June 2015, and Prusti says that only now is the ice beginning to return. Though unexpected, he believes that the problem is not a major setback, with Gaia still able to detect objects down to magnitude 20.5 - compared with the magnitude 20.7 level that had been hoped for.

“We plan to decontaminate the mirror again in the near future, but we are confident that we have now largely solved this problem, and the impact on the overall mission outcome is minimal,” said Prusti.

The next optical problem the Gaia team had to deal with was caused by microfibers that form at the edge of the thermal blanket used to insulate the spacecraft’s 10-meter-diameter sunshield.

Those fibers were scattering sunlight into the camera’s focal plane, and although that is not a problem when it comes to mapping and profiling relatively bright stars, it does affect positional accuracy for fainter objects.

”We can still easily detect stars of magnitude 20, but the stray light means that we can pinpoint locations of faint stars to an accuracy of [only] 500 microarcseconds, instead of the planned 300 microarcseconds,” Prusti said. “However, it is important to stress that, despite this 'noise', Gaia is still the most accurate star mapper ever built.” 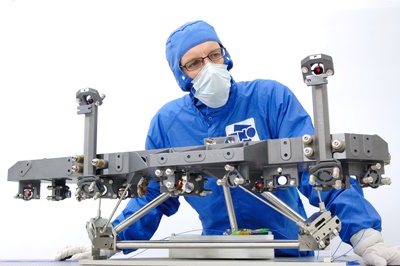 Angle monitor
The third problem of an optical nature became apparent when the team began looking at data from a laser system known as the “basic angle monitor”. It measures the angle of separation between Gaia’s two telescopes, something that can be affected by thermal changes within the payload as it spins on its axis at its fixed location - the “L2” LaGrange point 1.5 million kilometers from Earth.

Knowing that separation angle to high accuracy is critical for pinpointing the positions of stars, and although some variation was expected it turned out to be 100 times greater than the Gaia team had anticipated.

Mission manager Fred Jansen commented: "We have confirmed that the basic angle monitor is operating properly and we have been able to model the effect on the ground.

“This shows that there is a regular pattern of basic angle variation during each rotation of the spacecraft.” As a result, spacecraft operations have been “tuned” to ensure a consistent degree of solar heating, in order to minimize any thermoelastic effects.

Prusti adds that this variation in the telescope separation angle has had to be taken into account when processing the stellar data, with software updates that it is hoped will eliminate the issue entirely now under development.

Despite the series of issues and what has perhaps been an unexpectedly steep learning curve for the Gaia team, Jansen and Prusti say that all the technical challenges have either been solved already, or will be in the future. And although it means there has been some impact on achieving the mission objectives so far, Prusti believes that the craft will still deliver a galactic map of unprecedented detail.

“We are confident that we shall still be able to analyze more than one billion stars, measuring each star's position and motion up to 100 times more accurately than Gaia's predecessor Hipparcos,” he said.

• Gaia began its main survey in summer 2014 after a six-month, in-orbit, commissioning period following launch. The first data release, which will be made available online, will include the positions and magnitudes of about one billion stars, using observations made between 25 July 2014 and 16 September 2015.