Third-quarter sales to come in well below January's estimate after software system glitch. 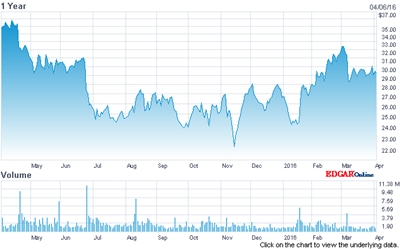 LED and lighting company Cree says that its latest quarterly revenue and profit will be well below its January forecast, after commercial lighting sales were hit by problems with a switch to new customer service software and delays in product commercialization.

Revenues in the third quarter of the Durham, North Carolina, company’s fiscal year are now expected to total $367 million, compared with the estimated range of $400 million-$430 million.

While LED sales came in on track with expectations, lighting revenues are anticipated at $187 million, some 20 per cent below Cree management’s targeted mid-point.

That news had an immediate impact on the company's stock price, which dropped by close to 20 per cent in pre-market trading on April 6.

Converging factors
Revealing the reasons for the shortfall at an investor conference call, Cree CEO Chuck Swoboda said that lighting sales had been hit by three converging factors:

“First, some US commercial lighting project business was lost due to customer service disruptions, primarily related to our transition to Oracle in the quarter,” he said, adding that the problems had largely been fixed now.

“Second, delays in our commercialization schedule for several new product platforms resulted in project delays, or customers shifting to alternate products,” Swoboda continued. “The third factor was weaker market conditions in January and February, due to a slower retrofit market for lighting products in the US, as well as project delays in our international business, due to the stronger US dollar.”

The strong currency has hit demand in Mexico and Canada, claimed the CEO, who also announced a change in the executive management of Cree’s lighting division. Industry veteran David Elien is to lead the commercial lighting division on an interim basis, while Norbert Hiller – who had been executive VP of lighting - has stepped down from that position to “focus on longer-term growth opportunities” as leader of corporate business development.

Despite the various third-quarter issues, Cree’s executives said that they had seen encouraging signs of a recovery within the past month. They are set to provide more detail during the company's scheduled third-quarter results announcement on April 26.