Heriot-Watt University spin-out has developed waveguides that connect optical fibers with arrays of emitters or receivers. 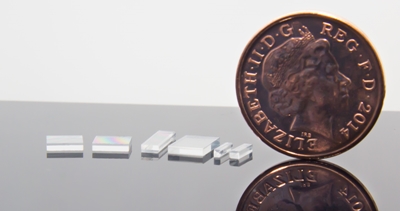 UK firm Optoscribe, which specializes in 3D waveguides for applications in optical communications, is set to expand staff numbers and manufacturing thanks to a £1.2 million venture funding round.

The company spun out of Heriot-Watt University in 2010 and is based between Glasgow and Edinburgh in Livingston. It has won backing from the business angel syndicate Archangels (£825,000), along with Edinburgh venture group Par Equity (£325,000) and the Scottish Investment Bank (£50,000).

Index modulation
Under CEO Nicholas Psaila, the company has developed a series of waveguide products based on three-dimensional refractive index modulations. For example, Optoscribe’s “3D Optofan” devices are able to connect between singlemode and multicore optical fibers, while the “FCX” Fiber Coupled InterconneX glass components (see photo above) act as an interface between fiber and arrays of VCSELs or photonic integrated circuits (PICs).

In a statement from the firm, Psaila said: “This investment round will enable a significant transformation of Optoscribe, allowing the company to substantially increase its capabilities through hiring further experienced staff and an expansion to its manufacturing facilities.”

David Ovens, COO at investor Archangels, added: “Optoscribe is an impressive business with innovative technology that has the potential to disrupt the market in which it is used and underline Scotland’s reputation in technological development.

“Our members were clearly impressed by Optoscribe’s potential as this fundraising round was significantly oversubscribed. We look forward to supporting the business further as it grows.”

Optoscribe says it already has development contracts with a range of well-known technology companies, to which it supplies its products for research and development activity, adding:

“The newly invested funds will be used by Optoscribe to invest in manufacturing facilities to allow it to scale the business and capitalise on the opportunities for its technology, with a particular focus on its FCX product line that is targeted at the data communications market.” 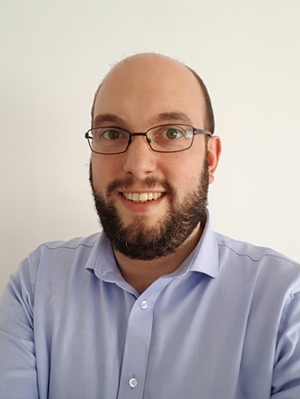 European project involvement
The company moved to the current Livingston facility – which features a cleanroom for wafer processing - in early 2014, having initially set itself up at nearby Alba Innovation Centre run by Scottish Enterprise.

Robert Higginson from the venture investor Par Equity said of the company’s product line-up: “Optoscribe is selling into a very large and fast-growing market, and one which is quick to adopt new technologies that reduce costs or increase capacity.”

He added that although Optoscribe is still a young company, its efforts to commercialize and ramp device production would be accelerated by the strong customer pull for technological progress in the optical communications sector.

“When combined with the development agreements the company has with banner names in its industry and the quality of the people involved, we are excited to play a part in the company’s future,” he said.

Optoscribe has also been involved in a series of development projects funded by the European Commission. The three-year “MIRAGE” project on terabit-speed optical interconnects, which ran until late last year, included the US-Israeli interconnect firm Mellanox among its partners, while the Swiss communications giant Ericsson and Finisar’s Israeli division worked with Optoscribe as part of the “ASTRON” consortium to develop an integrated optical transceiver.

The “INSPACE” project on spatial-spectral flexible optical networking also involved Finisar, alongside Telefonica and others.