But CEO Peter Wennink expects to start seeing results from customer tests of the latest EUV equipment in the third quarter. 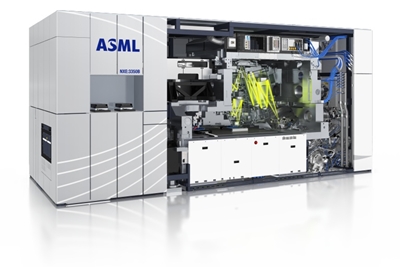 ASML CEO Peter Wennink says that the company is nearing its 2016 targets for extreme ultraviolet (EUV) wafer throughput, with the first results from “marathon” tests on the lithography equipment by key customers expected in the third quarter.

The Netherlands-based semiconductor manufacturing equipment giant posted sales of €1.33 billion in the opening quarter of the year. That was slightly down on the same period last year, with profits also falling from €292 million to €198 million – partly a result of the way that revenues for sales of new EUV equipment are staged while the tools are tested and upgraded.

“Our customers presented a wealth of EUV results at the SPIE Advanced Lithography conference [held in San Jose in February] that demonstrated significant progress, and they indicated an increased confidence in EUV for manufacturing insertion," Wennink told an investor conference call.

Productivity progress
On the company’s own in-house NXE:3350B EUV system in Veldhoven, ASML says it has achieved productivity of 1350 semiconductor wafers per day – closing in on the target figure of 1500 that it has set itself this year.

The real proof of that productivity will come from its customers’ own experiences, and Wennink said that progress included three customer systems each showing an average “availability” (a metric indicating tool uptime) of 80 per cent over a period of four weeks.

Wennink said that the NXE:3350B tool, which ASML began shipping to makers of logic and memory chips in the closing quarter of last year, typically required around six months to fully deliver and qualify. It suggests that crucial “marathon” tests on the equipment by those customers, where the tools are run continuously for as long as an entire quarter, should begin before the end of June.

The first results from those tests should then be known during the third quarter of this year, with Wennink confident that they will be positive. “We expect that the customers will repeat what we have seen in our own factory,” said the CEO.

All being well, the EUV tools will then be put to work on new wafer manufacturing processes that will use the new equipment to pattern between eight and 12 layers of the device structures with features of unprecedented precision.

Exactly which devices are set to benefit from the smaller transistor sizes made possible by the EUV technology remains to be seen, with Wennink admitting that the market impact of some much-vaunted emerging applications like the Internet of Things (IoT) were unknown.

He said: “When we look at the industry analyst reports…we look at what their current expectation is of the end market. The products that we currently know [about go into] PCs, tablets, and servers and automotive - and there's nothing new in there like IoT, because nobody knows what that is.”

More EUV orders expected by year-end
Asked about the likely timing of any major orders for production EUV equipment – ASML booked a large order from Intel exactly a year ago but has announced no similar deals since then – referred again to the results reported by customers at the SPIE Advanced Lithography conference in February:

“There was a lot of good data coming out of customer base, that showed a lot of confidence in the fact that EUV will reach manufacturing maturity,” he said, also pointing out that this work was presented by research and development engineers, and that the focus was now switching to operations.

“So the discussions that we're currently having are with the operations people,” Wennink added. “And they are about availability and lots of productivity.” With those tools currently being installed, and shortly to be turned over to customers, the first results will soon arrive. And that, says the CEO, will drive the order interaction between ASML and its customers.

“To be very honest, I think it's just a matter of time [before] we'll see a follow-on [order] this year,” he said, adding that ASML had the capacity to ship between 12 and 15 EUV production tools in 2017, before an anticipated ramp in output the following year.

That would come as a major boon to key suppliers in the laser and optics sector, companies like Trumpf - whose high-power carbon dioxide lasers are at the heart of the EUV light sources - as well as Element Six and II-VI, who have developed diamond optics to withstand the colossal laser powers needed to generate EUV light.

• ASML’s executive team said that it expected to post second-quarter sales of €1.7 billion, of which €110 million would relate to the sale and partial revenue recognition of two EUV systems.

The company’s latest update, which came shortly after some negative sentiment from key customer Intel, prompted around a 4 per cent drop in the ASML stock price. However, at $96 on the Nasdaq exchange the company’s market capitalization remains above the $40 billion mark, and trading close to record highs reached a year ago.