IPO back on the agenda at Philips Lighting 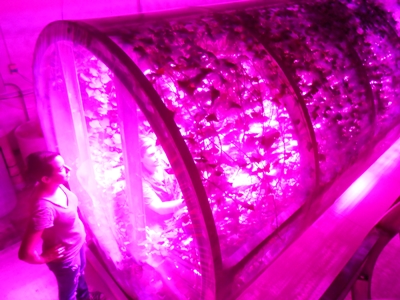 With LED-related sales continuing to grow quickly, Philips says that a stock-market sell-off of its lighting business through an initial public offering (IPO) looks increasingly likely.

Although the industrial giant is still weighing up the possibility of a private sale versus the IPO, it said: “With equity markets’ sentiment improving compared to the first couple of months of the year, an IPO increasingly appears a more likey outcome, subject to further market developments and other relevant circumstances.”

Stressing that no firm decision had yet been made, and that it was still evaluating proposals for a private sale, Philips added that the company would provide an update on its next steps “shortly”.

It has been looking to sell the lighting business unit – upon which the Philips brand was first built – for more than a year, having announced its intention to split into two distinct entities and also separate out its LED-manufacturing Lumileds division in a tie-up with its automotive lighting business.

However, those transformative plans have been hit by a sustained period of volatility on global stock markets, and the intervention of the Committee on Foreign Investment in the US (CFIUS) to stop the sale of Lumileds to a China-led private equity consortium.

LEDs account for 50% of lighting sales
Meanwhile, the performance of the lighting business is said to have improved, with CEO Frans van Houten saying: “Lighting posted its sixth consecutive quarter of year-on-year operational improvements, underpinning the strong potential of our LED business and the transformation from individual products to connected lighting systems and services.”

And although the total lighting sales figure of €1.69 billion was still down slightly on the same quarter in 2015, van Houten and the Philips team say that they expect to report year-on-year sales growth for the division at some point this year.

That will be largely due to the continued growth in LED-related sales, whose proportion of total lighting revenues has risen from 39 per cent in the opening quarter of 2015. Meanwhile conventional lighting sales continued their rapid decline, and were down 20 per cent on last year’s figure.

Despite the burgeoning uptake of solid-state lighting, the combined Lumileds and automotive lighting subsidiary actually swung to a small loss in the first three months of 2016, as sales dropped overall.

Philips said that, following the surprise CFIUS nixing of the planned sale to Go Scale Capital and its partners, it was actively engaging with other parties and expected to find a buyer in the second half of this year.

Beijing calling?
Meanwhile Beijing-headquartered GSR Ventures, which was behind the failed attempt to buy the Lumileds and automotive businesses, said last week that it had formed a new $1 billion “cornerstone fund” focused specifically on the lighting sector.

“The aim is to invest and build a world-class lighting industry through global acquisitions of leading LED lighting assets,” stated GSR. “The fund has already been oversubscribed and agreements have been signed by anchor limited partners. Industry experts Frank Fan and Jianghua Su will join the core general partner team.”

Referring to the planned moves by Philips and its German rival Osram, GSR issued a quote from Baiyu Guan, general secretary of China’s LED Industry and Application Association, saying: “These types of buyout deal are a rare opportunity for China's solid-state lighting industry, to not only accelerate its globalization process, but also to improve its research and development and manufacturing capabilities.”

GSR added: “With the formation of the new cornerstone fund and through the acquisition of LED lighting assets, GSR Capital is confident that it will build world-class LED enterprises with its partners capable of transforming and reshaping the lighting industry.”

GSR founder and managing director Sonny Wu added: “China offers not only a large and growing market, but also a great pool of research and development talent and a strong manufacturing base.

“We firmly believe there is a great opportunity to build the next leading LED lighting enterprise in China that will dramatically improve products and services, increase operational efficiency and significantly reduce overall cost. By doing so, we will accelerate the world’s conversion to more energy efficient and environmentally sustainable lighting.”