QD Vision is the subject of a patent lawsuit with no fewer than 13 accusations of infringement. 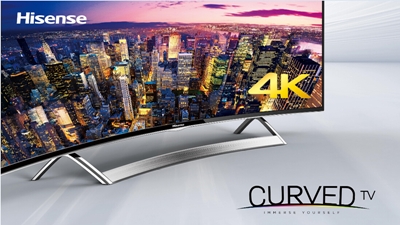 Two leading producers of quantum dot (QD) nanocrystals now starting to find wide deployment in TVs and other displays are heading for a courtroom battle over intellectual property.

"When QD Vision’s own technology failed, the company chose infringing on Nanosys’ patents over taking the time to innovate."

Nanosys also alleged that QD Vision’s products posed a threat to what is expected to be a fast-growing market for QD-enhanced screens.

“QD Vision has jeopardized that growth opportunity by creating confusion among customers about the difference between the products of the two companies, and its low-quality products have cast unwarranted doubts about the viability of quantum dots as an ultra-high definition technology,” it claims.

“It’s apparent from multiple mis-statements that our competitor is feeling threatened by our success in the market and using this improper lawsuit to try to slow our legitimate progress. We at QD Vision are very proud of our rapidly-growing portfolio of IP, products and customers. We intend to defend ourselves and our technology vigorously.”

The case centers around technology initially developed at the Massachusetts Institute of Technology (MIT) and the University of California (UC), both of whom have signed up alongside Nanosys as plaintiffs.

In its official complaint to the US district court in the northern district of California, seen by optics.org, Nanosys claims that while it has spent tens of millions of dollars on the research and development needed to make the MIT and UC technologies commercially viable, QD Vision has abandoned its original technology and simply copied the Nanosys approach – albeit with inferior results.

“QD Vision pursued the development of devices using nanocrystals that convert electricity directly into light, also known as electroluminescence,” the documents state, contrasting that approach with Nanosys’ own photoluminescent technology.

Nanosys goes on to allege that QD Vision’s electroluminescent technology proved unsuccessful, and that in around 2008 the company’s own investors raised concerns about its future viability – and suggested developing products on photoluminescent QDs instead.

“QD Vision availed itself of detailed knowledge of Nanosys’ exclusively licensed patents to rapidly advance its progress,” it claims, adding that knowledge of the technology would have been enhanced when the two firms engaged in discussions in 2009. 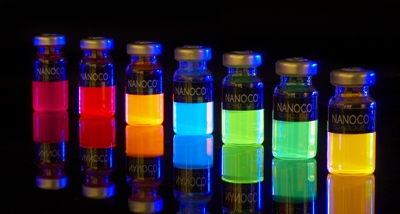 Quantum rail row
Nanosys goes on to state that after it had discontinued its “QuantumRail” product in 2013, Sony began selling TVs featuring a similar technology provided by QD Vision.

It says: “After conducting a thorough review, Nanosys’ research revealed that QD Vision’s own “quantum rail” component product using photoluminescent quantum dots (called Quantum Light Optic) was of inferior quality and would not pose a commercial threat to Nanosys’s business.”

The complaint goes on to allege that Sony stopped selling these TVs just a year later, because of concerns over quality and reliability.

Meanwhile, Nanosys had switched focus to its “QDEF” sheet products, which it says offer better reliability and performance than the old QuantumRail approach. But it believes that because of the “inferior” technology incorporated in the Sony TVs some negative opinions of QD-enhanced displays have emerged.

It also claims that QD Vision has been selling infringing products under its “ColorIQ” brand, which have been adopted in TVs made by TCL Corporation and Hisense, as well as Philips-branded monitors.

MIT influence on both sides
Aside from dismissing Nanosys’ legal action as an “improper” attempt to slow down its own progress, QD Vision pointed out that its technology also has a strong connection with MIT, which provided initial funding for the start-up back in 2004.

Founded by MIT professors Vladimir Bulovic and Moungi Bawendi, QD Vision went on to raise around $100 million in venture finance, including some backing from In-Q-Tel, the venture wing of the US Central Intelligence Agency.

They are betting on the success of a technology that, according to one market analyst, will enjoy a surge in deployments over the next decade. Jennifer Colegrove from Touch Display Research predicted last year that the market for the QD element in displays and lighting applications would grow from around $2 billion this year to more than $10 billion by 2025.

QD Vision has since become embroiled in a row with another of its rivals, over the use of cadmium in the QD nanocrystals. UK-based Nanoco Technologies, which is developing a cadmium-free alternative (based on indium) said it wanted to challenge the legality of cadmium-based QD displays in the European Parliament.