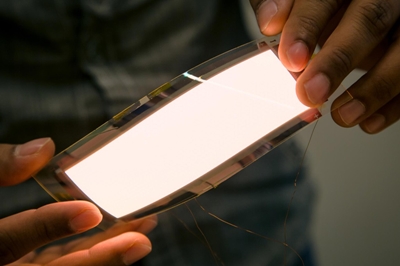 With collective funding of more than €35 million, the “PIX4LIFE”, “PI-SCALE”; and “MIRPHAB” partners are now inviting potential collaborators to submit their ideas, with initial proposal deadlines set for the end of this year.

Outgoing European Commission photonics chief Wolfgang Boch said at the Photonics21 annual general meeting (AGM) in Brussels that the pilot-line projects, which represent a new attempt to bridge the “valley of death” between research and commercial production, would report back on an annual basis.

PIX4LIFE: (bio)photonic integrated circuits
Introducing the “PIX4LIFE” effort at the same Brussels meeting, project co-ordinator Wolfgang Eberle from the IMEC electronics development institute in nearby Leuven said the focus would be on health and life science applications.

Initial open access production runs are scheduled to begin before the end of 2017, but Eberle emphasized that ideas were already being sought. The €8.5 million project aims to showcase PIC-based application demonstrators as advanced as 3D tissue imaging and super-resolution microscopy in miniaturized forms.

“It is our ambition to develop an end-to-end supply chain reaching from design to packaged and characterized chip components,” state the partners, who include major player Bosch alongside the Spanish OCT-focused start-up MedLumics, PIC design house Luceda Photonics and laser firm Toptica, among others.

PI-SCALE: flexible organic lighting
With €14 million in funding, the PI-SCALE project to advance the production of flexible organic LED (OLED) lighting technology will provide open access services based on a variety of OLED manufacturing techniques to a wide range of external users.

Introducing the concept in Brussels, program co-ordinator Joanne Wilson from the Holst Centre in Eindhoven, The Netherlands, extended an invitation to other companies to join lead partners including household names Audi and Pilkington in developing the potentially disruptive lighting technology.

“At the end of the project, the goal is to have a self-sustaining pilot line,” she told the Photonics21 AGM, adding that the project brings together existing production infrastructure across Europe that covers a variety of printed, vacuum and roll-to-roll manufacturing concepts.

The team of 18 partners is aiming to exploit the “chemical fingerprint” nature of the 3-12 µm wavelength range with a variety of semiconductor-based components including type II superlattice detectors and silicon germanium (SiGe) waveguides, in tandem with the QCL sources.

The tiny spectroscopic systems envisaged will be able to identify specific chemicals in gases and liquids, according to their vibrational molecular absorption frequencies. “MIRPHAB will offer open access to design, prototyping and fabrication of miniaturize photonics devices,” said Nicoletti. “The goal is to make [this technology] available for large-scale manufacturing.”

As with PIX4LIFE and PI-SCALE, prospective partners around Europe are already being sought, with the first call for proposals deadline scheduled for the end of this year. The two proposals selected each year will receive up to €230,000 worth of services.