Breakthrough will improve DoD LIDAR systems’ ability to detect and identifyobjects of interest. 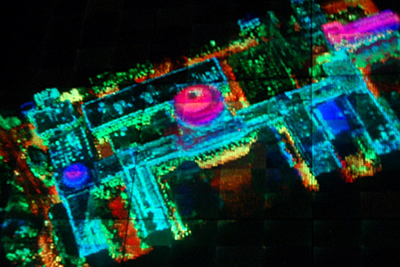 The LRT program supports the development of detector arrays and laser transmitter technologies that could improve the ability for a LIDAR system to switch between settings geared to detect objects of interest and settings geared to hone in and provide additional insight on the selected object.

LIDAR-based technologies have been used in military operations such as those in Afghanistan due to their ability to provide 3-D imagery from aerial platforms that is quicker to produce, more accurate, at higher resolution, and able to cover wider areas of terrain than other sensing and mapping tools.

Kevin Kelly, Chief Executive Officer at LGS Innovations, added, “We are on bleeding edge of photonics research, which has a wide range of mission critical applications from LIDAR imaging and missile defense to free-space optical communication and more.”

LGS Innovations has also announced (March 1) that it has won a four-year, $11.2 million contract to develop and construct infrared-based technology for the U.S. Air Force to detect trace chemicals from diverse surfaces.

The US Defense Department announced Tuesday that LGS aims to help the Air Force develop a standoff sensor equipped with an active IR spectroscopy technology for the detection and identification of chemical residues at a range of up to 30 meters.

The contract stated: “LGS Innovations has been awarded an $11.2 million contract to develop a portable system for real-time standoff detection and identification of trace chemical residues on surfaces using active infrared spectroscopy at a 30 meter range. Work is expected to be complete by October, 2020.”