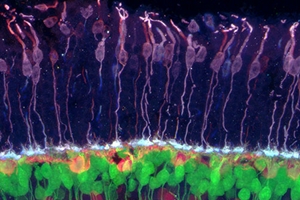 Participants in the US National Photonics Initiative (NPI) neuroscience industry group are to report their latest progress during SPIE’s Photonics West event in San Francisco later this month.

The event, which takes place Sunday, February 14 at 4-6.30 pm in the Sutter Room of the Intercontinental Hotel – adjacent to the Moscone Center in San Francisco – is open to all Photonics West attendees.

Baer will kick off the meeting with an overview of the multi-society NPI's role, and highlights of the technology roadmap developed as part of the Brain Research through Advanced Innovative Neurotechnologies (BRAIN) initiative. The project, funded by the US National Institutes of Health (NIH), has a strong focus on imaging.

Back in 2014 a group of optics and photonics companies pledged to invest $30 million in support of the project. At Photonics West, project partners Spectra Physics, Hamamatsu Photonics, Inscopix, Zeiss, Chroma Technology, and Coherent will each deliver a five-minute update on their latest progress.

BRAIN initiative
First announced by President Obama back in 2013, the decade-long BRAIN initiative is a public-private partnership intended to advance techniques that could be used to visualize, probe and understand the human brain to an unprecedented degree.

In September 2014, the NIH awarded an initial $46 million in support of that goal, for projects including new ways to classify types of brain cells, using lasers to guide the firing of nerve cells, and entirely new approaches to brain imaging.

Last year the NIH allocated another $38 million, with grants going towards the development of a variety of multi-photon imaging and other cutting-edge optical techniques designed to better understand neural functions.

In research recently published in the academic journal Neuron, a team from the University of California, Berkeley, funded by the BRAIN initiative showed how they genetically engineered a portion of the neural receptor types in mice so that they can be selectively turned on or off with brief flashes of light.

Called “light-regulated GABA Receptors” (LiGABARs), they can be photo-controlled quickly, on the scale of 100-200 milliseconds. Berkeley’s Richard Kramer and colleagues found that they could activate these receptors with either 380 nm (near-UV) or 500 nm (green) wavelengths of light, and even toggle between two states with some particular types of receptors.

The work promises to expand the knowledge of GABA receptor function in both healthy and diseased brains, and provide a toolkit for the precise control of inhibitory synaptic transmission in the brain.

• The annual Photonics West conference and exhibition takes place February 13-18, at the Moscone Center in downtown San Francisco. For more details on all special technical events, including the BRAIN initiative update, click here.