Impact of lasers, optics and imaging is clear in new business "hot list". 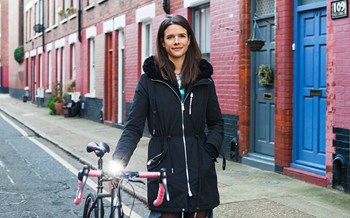 Bloomberg, the international financial software, data, and media company, has published its Business Innovators 2016 guide – a list of just over 50 British companies, which Bloomberg considers to be showing significant business promise. The unranked list features companies from a variety of sectors, ranging across biotech, energy, marketing, through cybersecurity, finance and computing.

An expert judging panel convened by Bloomberg, comprising leaders of finance, technology, social enterprise and fast-growth sectors, judged a comprehensive collection of 100 of the UK’s “most disruptive companies” before drawing up the shortlist. Companies were chosen based on their inventiveness, ability to challenge the way the UK conducts business, and for evidence of strong local or global demand for their ideas.

Nate Lanxon, Head of European Tech Editorial at Bloomberg, said, “The UK is a global powerhouse of innovation and growth. With such a wealth of talent and drive, we wanted to curate a network among the business leaders who epitomize the vibrancy and diversity of the UK business scene.”

Of the 53 shortlisted companies, eight are primarily photonics-based or have a business model that is closely connected. The best known of these is Glasgow’s M Squared Lasers, which with its 2006 launch date is also one of the oldest firms on the list, most of the others having been founded since 2010. 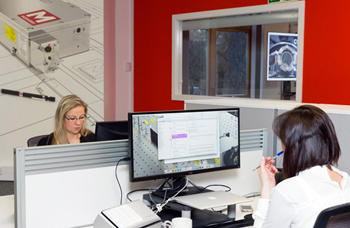 Dr. Graeme Malcolm OBE, CEO and founder of M Squared said, “The more we learn about light the more adept we become at harnessing it, and the more we collaborate with science and industry the better we become at developing new technologies and applications. At M Squared, we set out to use light and light based technologies to change the world. We’ve been named a Bloomberg Business Innovator 2016 because we’re more than a laser company, and we’re thrilled.”

One of the judging panel Eric van der Kleij, managing director of innovation lab ENTIQ, commented about the British business landscape: “It is possible for businesses to thrive and succeed in the UK because it's such a big addressable market. That is why a lot of companies around the world come here to launch their business before going into Europe." Another judge, Sam Smith, founder & CEO, FinnCap, added, “We're probably seeing as strong a pipeline as we've ever seen in terms of UK businesses. There's great funding for both early-stage and business scale-ups at the moment.”

Following is a selection of this year’s Bloomberg Business Innovators which depend on photonics for their business model: 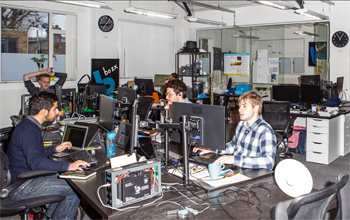 BBOXX (2010, London) is a clean-energy company that designs, manufactures and finances innovative solar systems, both on- and off-grid, to improve access to energy across the developing world. The kits it creates combine solar panels, batteries and control units to provide electricity to power devices such as smart phones, laptops and lighting. In March 2015 the company announced a $3 million round of Series B funding.

Blaze (2012, London) designs products to keep cyclists safe on the road. Its flagship product is the Laserlight, a front lamp that projects an image of a bicycle onto the ground to make the cyclist more visible to cars. The company says it has seen a 300% growth in revenue during 2015, following on from nearly 700% in 2014.

Cambridge Quantum Computing, (2014, Cambridge) is developing an operating system for a new generation of quantum super computers, using a simulated processor. The startup has grown its team from two to 20 over the past two years, and raised its first round of funding of $50 million in August 2015. The company is in the process of patenting a unique quantum algorithm that provides a secure currency platform that it claims to be resistant to quantum-based hacking. 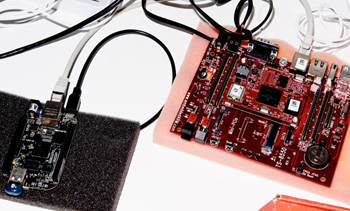 CityFibre (2011, London) develops fiber optic networks across the UK that offer gigabit connection speeds. It has already provided the infrastructure for several “Gigabit Cities”, providing fiber connectivity for entire communities including York, Aberdeen, Edinburgh and Glasgow. As of June 2015, revenue for CityFibre was up by 115% year on year. In December 2015 the company spent £90 million acquiring KCOM’s own fiber network, expanding its footprint by more than 300%.

EVRYTHNG (2012, London) is a platform that connects any physical object (“from a bottle of alcohol to a bicycle”) to the internet, managing real-time data relating to how the products are made, sold and used. The company attracted investment from Cisco, Samsung Ventures, Atomico and BHLP LLC, raising a further $7.5 million in June 2015.

M Squared Lasers, (2006, Glasgow) has developed a fully automated laser system – called SolsTiS – which delivers an ultra-pure light that allows scientists to probe complex quantum systems, including antimatter experiments and atomic clocks. The system scooped the 2015 Innovation Award from the Institute of Physics. In 2015 the company turned over more than £10 million, continuing 40% year-on-year growth for the third consecutive year. 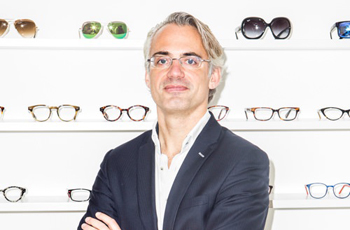 MyOptique Group (2004, London), which started life as Glasses Direct, has since expanded to sell contact lenses, sunglasses and premium eyewear models through a variety of online retail brands. In August 2015 the Index Ventures-backed business bought German rival 4care and UK-based Eyewearbrands, expanding its customer base. The company also raised a £20 million round of funding from various investors.

Sky-Futures (2009, Hayes). Inspecting oilrigs is a dangerous business, but one that Sky-Futures is disrupting through the use of unmanned aerial vehicles (drones). The company’s UAVs, equipped with high-definition and thermal cameras, can help save time and cut the cost of manual checks that typically rely on shutdowns and abseiling humans. The company serves most of the major oil and gas companies and has seen revenues grow by 350% annually over the past three years.