Diversified photonics company II-VI has again raised its cash offer to acquire US-based Anadigics, as well as inking a new loan deal to keep the RF component maker afloat before it runs out of cash.

It represents the latest move in a bidding war to buy the firm that began last November. Although Anadigics typically makes components like RF amplifiers that are used in smart phones, the company’s semiconductor wafer manufacturing facility could be adapted to make laser diodes – and II-VI wants to use it to produce VCSEL components, for which it sees a fast-growing market.

In November 2015, Anadigics announced the first in a series of buy-out bids from another RF company called GaAs Labs - at a value of $0.35 per share. Although that represented close to a 40 per cent premium on its stock price at the time, II-VI joined the bidding war in January with an offer of $0.66 per share.

But it appears that a rival bid from a Chinese company, referred to by Anadigics simply as “Party B”, has pushed the price up further, with II-VI now offering $0.85 per share and a $10 million line of credit including an initial advance of $3.5 million.

That’s needed because since the initial merger deal it announced in November, Anadigics has been running out of money. As of October 3 last year it held around $8 million in cash, while its latest financial results indicate quarterly losses running at around $6 million.

CFIUS complication
A week ago the company said that it wanted to expedite the prolonged auction process that has come to pass, revealing that if it was permitted to continue beyond the end of February 2016 without a definitive agreement with either II-VI or “Party B”, the company might run out of cash and be unable to enter into any merger transaction.

Although II-VI’s latest offer of $0.85 per share only matches a similar offer from the mystery Chinese bidder, the US company holds a major advantage because its acquisition would not need to be cleared by the US Committee on Foreign Investment in the US (CFIUS).

Not only would the CFIUS investigation delay any proposed deal, recent history also suggests that the committee could well refuse to sanction the agreement: only last month it ruled out the proposed sale of Philips’ LED-manufacturing Lumileds division to a Chinese private equity group, on grounds of national security.

VCSEL demand
Although they perform different functions and are used in some very different applications LEDs, laser diodes and RF semiconductor components are all produced using similar epitaxial deposition processes, with suggestions that expertise in the deposition of gallium nitride materials is what lay behind the CFIUS decision on Lumileds.

With Anadigics now saying that the auction process has come to a close, it does look as though II-VI has won the battle – albeit at additional cost. Initially the acquisition was expected to cost it $61 million, but that total is believed to have risen to approximately $79 million. 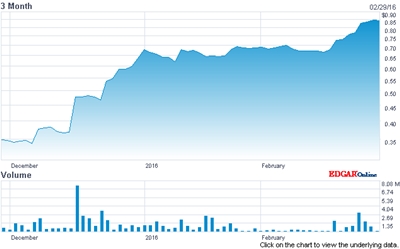 Since first announcing the agreement, II-VI has completed on its acquisition of Illinois-based foundry Epiworks, whose epitaxial wafer production capacity it also wants to exploit to expand VCSEL production.

In January, II-VI said: “These acquisitions will further position the company to serve fast-growing markets addressed by VCSELs. VCSELs provide unique advantages in a variety of applications in consumer electronics, data centers, sensing, medical and industrial markets and are expected to grow at greater than 20 per cent a year.”