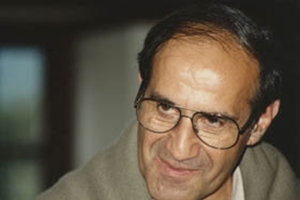 Joe Yaver, the long-serving executive director of optics.org publisher SPIE, has died at the age of 83.

Described by the international optics and photonics society as a leader and visionary force, Yaver led the organization from 1969 until 1993, during a tenure that saw massive expansion of the SPIE membership base.

Yaver is also credited with playing an instrumental role in setting up the OE/LASE event that was the precursor to today's giant Photonics West conference and industry exhibition, and overseeing the relocation of SPIE’s headquarters from Los Angeles to Bellingham, in Washington state.

Tributes
Paying tribute in a statement from the society, SPIE’s current CEO Eugene Arthurs said that Yaver’s passing had come as a shock:

“I was bantering with him a few weeks ago at a Spark Museum [of Electrical Invention, in Bellingham] board meeting,” Arthurs said. “He told me he was still monitoring SPIE with ‘great pride’ and with the endless anxiety that was so Joe.

“I am deeply grateful for what he did for SPIE, for our entire community, and for all the staff over the years. I am humbled by his extraordinary legacy with our organization, and for his guidance since I took his old role in 1999.”

SPIE’s current president Bob Lieberman added: “I feel greatly privileged to have known Joe, and in fact to have ‘grown up’ with his support and guidance.

“I first met him as a newcomer to photonics, and was amazed that the exalted executive director of SPIE would spend an hour talking at length to a kid only a few years out of grad school about organizing a conference on biosensors.

“Later on, as I got to know him better, I realized this was entirely in character for Joe - tireless, dedicated to SPIE, and cheerfully willing to help others. Finally, as a director and member of the presidential chain, I benefited tremendously from his wise council, voluminous knowledge, boundless energy, and ready wit. Even during retirement, Joe was an invaluable resource and constant supporter of the organization he molded and brought to the doorstep of the 21st century.” 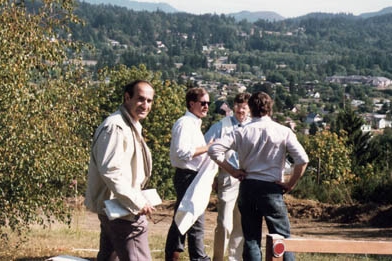 Optics and the race for space
SPIE’s 2008 president Kevin Harding noted: “Every technology movement needs its visionaries. Joe created the means for those visions to spread,” while his 1986 predecessor James Wyant described Yaver as a “genius” at building key relationships, who had left a great impact on the world of optics.

In his own memories of his time at SPIE, in the society’s 50th anniversary book From Photography to Photonics, published in 2005, Yaver recalled the connection between optics technology and the space race. He wrote:

“SPIE introduced me to a world that was destined to be one of the great enabling technologies of the century. It provided me with an opportunity to meet many of the leading figures in one of mankind's greatest achievements: the exploration of space.”

He recalled the honor of meeting many of the field's luminaries, such as Harold "Doc" Edgerton, Rudolf Kingslake, Brian Thompson, Lewis Larmore, astronaut Walter Cunningham, who came to SPIE’s annual meeting in Anaheim, California, "with a piece of the moon," and Columbia shuttle astronauts Ken Mattingly and Henry Hartsfield, Jr., who presented SPIE with patches from their uniforms.

"I was proud to be part of SPIE's pioneering endeavor to build bridges to the scientific communities in Europe and Asia and to be the first American-based technical society to establish a chapter and office in what was then the Soviet Union, under Mikhail Gorbachev," Yaver recalled.

As well as partnering with other societies and associations to establish major conferences at venues in Europe and Asia, during Yaver's tenure SPIE's membership swelled from 1200 to 12000. Yaver was also instrumental in expanding the scope of the society's now-extensive Proceedings series of journal publications - forming the foundations for today's SPIE Digital Library and its remarkable 410,000-plus proceedings papers.

• For a more extensive list of tributes from SPIE Past Presidents remembering Yaver and expressing condolences to his wife Agnete, who played a key role alongside him in building SPIE and advancing its mission, click here.

Joe Yaver, former @SPIEtweets executive director (pictured third from the left in this photo), passes away at 83: https://t.co/lvr97fYWnJ pic.twitter.com/xGUuv7knTP