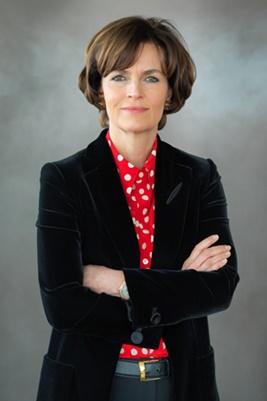 Trumpf, the world’s largest industrial laser company, says that its laser sales rose 5 per cent to reach €935 million in its latest financial year.

The increase contributed to an increase in overall turnover to €2.81 billion, with machine tool sales up by around 6 per cent despite what the Ditzingen, Germany, company described as a “tense” global economic climate. Including laser-enabled machine tools, Trumpf’s total laser-related sales amounted to €1.93 billion, representing nearly 69 per cent of its annual turnover.

“We were unable to repeat the strong sales growth of the previous financial year, but in view of the global economic factors, this result is very satisfactory for an export-oriented company.”

The strongest momentum in the year ending June 30, 2016, came from western Europe, with sales up 50 per cent in Spain, up 20 per cent in France, and up 5 per cent in Germany, which is Trumpf’s largest individual market.

In contrast, sales to China and the US were virtually flat, while the current strength of the US dollar is likely to hamper future investment.

"The depreciation of the euro initially acted as a stimulus in the eurozone, but the flow of goods has gradually adapted to the change in exchange rates," commented Trumpf executives in their annual report. "The manufacturing industry in the US is suffering from the high dollar; this is affecting exports and American market sales, and is making the US industry less investment friendly."

And while interest rates remain at all-time lows around the world, Trumpf points out the VDMA (Germany's Mechanical Engineering Industry Association) view that they are no longer expected to further boost investment.

Laser cutting goes autonomous
One area where Trumpf is certainly investing is laser additive manufacturing. Last year saw the company re-enter the market for 3D printing equipment with laser metal fusion and deposition tools, and Leibinger-Kammüller said in her report that the company was now looking to create at least 200 new jobs in the sector over the next two financial years – mostly at its Ditzingen headquarters.

At next month's Formnext exhibition in Frankfurt, Trumpf will be showing off its new 3D printer, the higher-power (and therefore significantly faster) TruPrint 3000. It is built around a 500 W laser, and is said to be capable of producing components up to 400 millimeters in height and 300 millimeters in diameter.

The laser and machine tool company also emphasized developmental work in laser diodes, which it produces in Princeton, New Jersey, and a new laser cutting machine that Trumpf believes to be a game-changer. 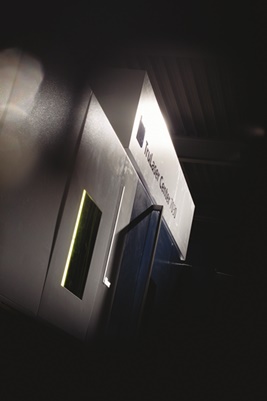 “This new machine is a work of art,” it eulogised. “Laser cutting such as the world has never seen before. An absolutely autonomous automatic machine that can solve problems that were generally regarded as insoluble until now, with all of the components newly designed, in harmonious interplay.”

The machine in question is the “TruLaser Center 7030”, said to be a fully autonomous system for cutting sheet metal. Integrated suction cups place metal sheets onto the machining table, while others arrange the cut pieces autonomously onto pallets, explains the firm.

The crucial development is a new hybrid drive that moves the sheet metal in multiple axes, meaning that there is no longer the need for an operator to “stand guard” in case any parts tip over and need to be separated manually. Trumpf says that it was able to bring the product from concept to realization in just a couple of years, thanks to an accelerated development process.

The firm will officially launch the TruLaser Center 7030 at next week’s EuroBlech trade show taking place in Hanover, Germany. Measuring 10 meters long, 7 meters wide and 3 meters high, it will take up plenty of the exhibitor’s available floorspace.