Award recognizes contributions to the growth of biomedical optics and photonics. 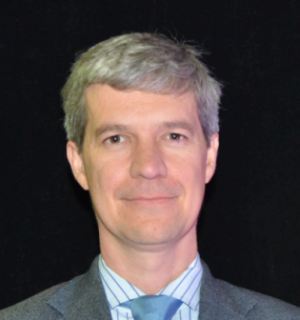 The 2016 recipient of the Britton Chance Biomedical Optics Award has been named as David Boas.

Boas is director of the Optics Division of the Athinoula A. Martinos Center for Biomedical Imaging at Massachusetts General Hospital.

Established in 2010 and awarded annually by SPIE, the award is made in the name of researcher Britton Chance of the University of Pennsylvania, whose work assisted in the identification of enzyme-substrate compounds as well as advances in breast cancer diagnostics and spectroscopy.

It is intended to recognize lifetime contributions to the field of biomedical optics through the development of innovative, high-impact technologies.

The citation noted Boas' contributions to the development and application of optical spectroscopic and correlation methods to measure oxygen and blood flow, both macroscopically in humans as well as microscopically in animal models.

Boas' accomplishments have specifically included the development and translation of one of the first commercial systems to image human brain activity with functional near-infrared spectroscopy (fNIRS); the invention of diffuse correlation spectroscopy to measure blood flow; and obtaining the first multi-spectral optical images of cerebral hemoglobin changes, to complement laser speckle contrast images of blood flow.

Boas will receive his award at the 2016 SPIE Photonics West event, held in February at the Moscone Center, San Francisco.

Previous award winners have included Lihong Wang of Washington University in St Louis, for his development of photoacoustic tomography and photoacoustic microscopy.