Company closed $9.3 million series B round of financing earlier this year. 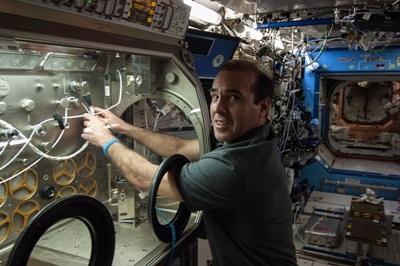 RayVio, a spin-out from the Theodore Moustakas laboratory at Boston University, is set to ramp production of deep-UV LEDs at its fabrication facility in Silicon Valley to more than two million units per year.

The move, set to be completed by the end of the year, follows a series B financing round completed in March that attracted $9.3 million of investment from venture backers.

The firm says that there is increasing demand for those applications, and that having demonstrated output powers of up to 45mW from single-emitter devices, and multi-chip offerings capable of delivering much higher power, it will be able to meet commercial requirements.

Applications for deep-UV LEDs have been seen as potentially lucrative for several years, but the aluminum gallium nitride (AlGaN) devices are extremely difficult to manufacture with the kind of output power, quality and longevity demanded by the commercial world.

Other firms trying to crack the market include South Carolina’s Sensor Electronic Technology, whose UV-LEDs have been used on board the International Space Station as part of a decontamination system, while US-based Crystal IS, Japanese LED giant Nichia and Korea's Seoul Semiconductor have also dabbled in the technology.

But RayVio’s co-founder and CEO Robert Walker, who previously headed up the LED lighting company BridgeLux, believes that his firm's ramp in production will help reduce chip costs to a point where UV-LEDs can compete in commercial applications.

"With the funding we received earlier this year, we have the capital required to grow the company aggressively,” Walker said. “By expanding our international sales force and increasing our manufacturing and research capabilities, we will be well positioned to maintain a leadership role.”

Key personnel
Among RayVio’s other key personnel are CTO Yitao Liao, who developed the materials technology at Moustakas’ wide-bandgap semiconductor laboratory. He and Moustakas are known to have worked on the use of molecular beam epitaxy (MBE) to deposit AlGaN semiconductor structures, while Liao also has experience from Philips Lumileds. It has a major epitaxial growth facility in San Jose - just down the road from RayVio’s Hayward fab.

Meanwhile VP of engineering and operations Doug Collins brings 20 years of device design and development experience, largely earned at Emcore. He says of RayVio: “Our proven, novel technology platform is producing best in class performance, and at the same time we are executing against our cost reduction roadmap, allowing our downstream partners to make their products a reality.”

Having emerged from stealth mode after the series B round of financing, RayVio says it is currently sampling devices, and “working closely” with partners involved in UV LED curing, medical device and water, surface and air disinfection applications.

Earlier this year, analysts at the Yole Développement consultancy firm in France said that dozens of companies had entered the UV-LED sector over the past few years - including industry heavyweights like Philips Lumileds and LG Innotek - and that this would help drive a sharp increase in the size of the market, to nearly $600 million by 2019.