Exclusive global deal grants rights to 77 patents and applications for the novel approach in ophthalmology. 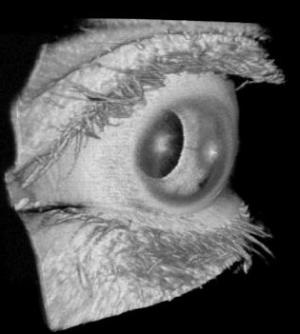 The deal, which grants global and exclusive rights to 77 basic patents and patent applications, relates to swept-source OCT technology and its use in ophthalmology.

While the more conventional spectral-domain OCT has become ubiquitous in eye care clinics around the world, it is relatively slow and somewhat limited in terms of its ability to create images more than a couple of millimeters deep.

This means that ophthalmologists tend to use the technique only to investigate one particular part of the eye usually the rear (posterior) segment, to diagnose diseases like age-related macular degeneration, diabetic retinopathy, or glaucoma.

However, swept-source OCT – where the laser wavelength is swept in time – is both much faster and able to penetrate tissues more effectively, yielding a much deeper imagery. For example at the BiOS Hot Topics event during Photonics West 2013, speaker Ben Potsaid from the Massachusetts Institute of Technology (MIT) detailed how the technique had been used to produce a morphological 3D image of a human eye.

In particular, the swept-source approach is seen as ideal for acquiring detailed information about a wide variety of properties of the front (anterior) part of the eye, useful for patients who need cataract or refractive surgery.

Long-term research collaboration
Tilman Otto, head of research and development at Heidelberg Engineering, said in a company announcement: “Later this year we will introduce a new swept-source technology based platform product to examine the anterior segment of the eye.

“It integrates sophisticated imaging and measurement functions and will be the basis for a growing number of exciting analytical and imaging features in the future.”

Heidelberg is not the only commercial outfit working to develop such equipment. For example the Japanese firm Topcon, which has a business division dedicated to eye care, launched its “Atlantis” swept-source system back in 2012.

Earlier this year Topcon also launched the “Triton” swept-source OCT in Europe, saying: “Due to optimized and invisible [i.e. infrared] scanning light, there is better detection of deeper layers in the eye. Furthermore, this light also penetrates better through cataracts, hemorrhages, blood vessels and sclera.”

Alongside the patent license agreement, Heidelberg Engineering has also entered into a long-term relationship on OCT research with MGH’s Wellman Center for Photomedicine. “The intent of both partners is to transfer future research results into clinically relevant concepts and products,” stated Heidelberg.

That research effort is being led by Brett Bouma, one of the inventors of the swept-source OCT technique and a professor at the Harvard Medical School. Bouma, who completed a post-doc fellowship at MIT in ultrafast lasers, also runs a lab at MGH.

• Last month Heidelberg Engineering said that it was relocating its US headquarters from Carlsbad in California to Franklin, Massachusetts - just outside Boston.