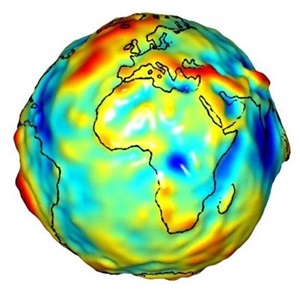 Key optical hardware for a space mission designed to monitor changes in both the Earth’s gravity and its water resources with unprecedented precision have arrived at NASA’s Jet Propulsion Laboratory (JPL).

The frequency stabilization reference flight units, built by Ball Aerospace, are part of a laser ranging system on board a follow-up to the gravity recovery and climate experiment, dubbed “GRACE-FO”. It is expected to launch in 2017.

Ball’s flight units comprise a sub-system that is part of the high-precision laser ranging interferometer, a secondary payload aboard the spacecraft that will help to map Earth's gravity field by measuring subtle changes in the distance separating a pair of satellites as they orbit the planet.

Scientists are able to translate any tiny changes in the satellite separation distance to construct maps of Earth’s changing gravity field. The existing GRACE mission produces a new map every 30 days, according to JPL, with the changes largely due to the movement of water on Earth – indicating changes in sea levels, loss of polar ice cap mass, or large-scale water storage underground. The measurements are thus useful for climate change and other environmental studies.

For example just last month a University of California, Irvine team used data from GRACE to show that as many as one-third of Earth's largest groundwater basins are being rapidly depleted by human consumption.

“This means that significant segments of Earth’s population are consuming groundwater quickly without knowing when it might run out,” reported the researchers in the journal Water Resources Research.

Laser improves ranging precision
The main purpose of the GRACE-FO mission is to demonstrate and test the laser system, ahead of planned incorporation of the technology into a future generation of GRACE planned for the longer-term.

According to Mike Gross JPL’s flight system manager for the project, this will represent the first example of active laser ranging between two spacecraft. The laser interferometer is expected improve the ranging precision by a factor of at least 20, in comparison with the microwave system on board the current GRACE satellites that were launched in 2002 – meaning that more subtle changes in water distribution can be monitored.

Another improvement is that the laser system will be able to measure changes in the angle between the two spacecraft. JPL says that these improvements will enable the satellites to detect gravitational differences at significantly smaller scales that is currently possible.

The optical instrument is an off-shoot of technology originally developed for the laser interferometer space antenna (LISA) mission, used to detect the gravitational waves in space-time predicted in Einstein's general theory of relativity.

Ball said that its work for the follow-on mission was carried out under NASA’s “instrument incubator program (IIP)”. It is focused on technologies that are smaller and require fewer resources and less time to build than completely new concepts.