Cree to zero in on lighting

US company confirms plan for a partial spin-off of its power and RF chip business. 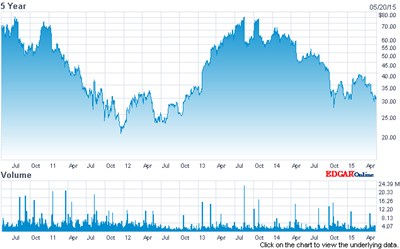 LED chipmaker Cree is set to mirror the moves of some of its larger rivals in the lighting business, by spinning off part of the company that is focused on other technologies.

The Durham, North Carolina, firm announced May 18 that it had filed a confidential registration statement to the US Securities & Exchange Commission (SEC), in which it details plans for an initial public offering (IPO) related to its power and radio-frequency (RF) chip activities.

Cree said: “The offering would enable Cree management to focus on Cree’s LED and lighting businesses, while also creating a dedicated focus on the power and RF business. The company believes that this transaction should allow Cree shareholders to better realize the full value of both businesses.”

Few details have been released about the spin-off plan, although Cree said that it intended to remain the majority stockholder in the RF and power company following the IPO. Long-term Cree board member Franco Plastina, a former Nortel Networks executive who was installed earlier this month as interim executive VP of the power and RF division, is expected to become CEO of the spin-off following the planned IPO.

The move follows recent decisions by Osram and Philips, two of the three companies – along with GE – that have long dominated the global market for light bulbs, to restructure in response to the sweeping changes that LED chips have brought to the lighting industry.

Those two wide-bandgap semiconductors have similar physical characteristics, meaning that crystalline GaN can be successfully grown on top of SiC in specialist processing equipment, to produce wafers full of active optoelectronic or RF devices.

Although the two materials are common to both LED and RF/power chips, the applications and markets for those technologies have always been very different – especially so with LED lighting now becoming widespread.

For example, Cree’s power products, which are based on SiC, can provide electronic switches with higher efficiency, faster speeds and reduced system size and weight over comparable silicon chips.

One fast-growing application area for that technology is the photovoltaics sector, in the inverter electronics needed to convert direct-current electricity produced by solar panels into alternating current suitable for grid transmission.

Like Cree’s LEDs, the company’s RF devices feature a combination of GaN and SIC, and offer better efficiency, wider bandwidth and higher frequency of operation compared with conventional silicon or gallium arsenide (GaAs) devices – although they are also more expensive to manufacture.

The planned IPO should commence once the SEC completes its review process, although whether it does go ahead remains subject to market conditions, and Cree is yet to issue any pricing details.