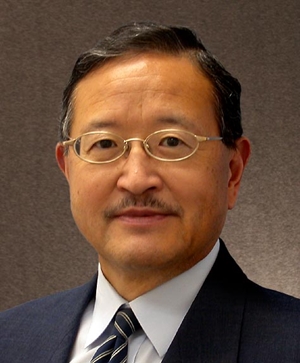 The board of directors at OmniVision Technologies, the California-headquartered maker of imaging sensors for smart phones and other consumer applications, has finally agreed to sell the company to a consortium of Chinese investors – nearly nine months after the deal was first proposed.

Last August the consortium – led by Hua Capital Management, a Chinese investment group specializing in semiconductor technologies – offered to buy OmniVision for $29 per share. On April 30, OmniVision said that its board had unanimously approved a bid at the slightly higher price of $29.75.

That values OmniVision at around $1.9 billion, and although the agreed figure represents a premium on the company’s historic stock valuation on the Nasdaq exchange it also indicates the highly competitive environment in which it operates.

OmniVision’s sales are dominated by hard-fought agreements with consumer electronics companies, including Apple, who drive a tough bargain for their business. As a result, OmniVision’s annual turnover is well in excess of $1 billion but tends to translate to a relatively small profit.

For the firm’s current fiscal year, which ended April 30 – the same day that the Hua-led acquisition was agreed - OmniVision expects to post sales of just under $1.4 billion.

CITIC used to be known as the China International Trust and Investment Corporation, and is state-owned. Other CITIC Capital Holdings backers include Qatar Holdings LLC, the private equity wing of the Qatari sovereign wealth fund. Goldstone Investment is also part of the CITIC group of companies.

He went on: “With our new partners’ knowledge and insight and the added flexibility that we will have as a private company, OmniVision will be able to focus on reaching the next level of growth, which will benefit our employees, customers and business partners.”

Under Hong’s leadership, OmniVision has been aiming to diversify its business so that it is not so reliant on the relatively low-margin deals with consumer electronics companies, and expand into potentially more lucrative sectors such as automotive and medical imaging.

The company has made some progress on that front in recent quarters, with Hong reporting strong growth in automotive sales, where the sensors enable new safety features like rear-view cameras, elimination of “blind spots”, and automatic detection of pedestrians and other potential hazards.

Yue Lin, a managing director at Hua, said of those emerging markets: “The world-class management team and employees of OmniVision have built a global leader in digital imaging that is well-positioned to capitalize on fast-growing market opportunities in automotive, security, entertainment, and the Internet-of-Things, while continuing to expand their market leadership in mobile phones.”

JV impact
According to the official announcement by OmniVision and the Chinese consortium, Hong is expected to remain with the company “in the same capacity”, while the deal should close towards the end of this year or in early 2016.

However, approval from OmniVision’s shareholders and anti-trust bodies in both the US and China is needed before that happens, as well as review and clearance by the Committee on Foreign Investment in the US.

Meanwhile under Taiwanese legislation, OmniVision will need to sell off some of its investments in Taiwan – including its interest in VisEra Technologies, a joint venture with the giant semiconductor wafer foundry TSMC.Currently, the company outsources the color filter and micro-lens phases of sensor production to VisEra, an approach that allows OmniVision to “significantly reduce” its capital requirements and financial risks.

• Hong and his colleagues are due to announce OmniVision's latest financial results, which will complete the company's fiscal year 2015, on May 28.