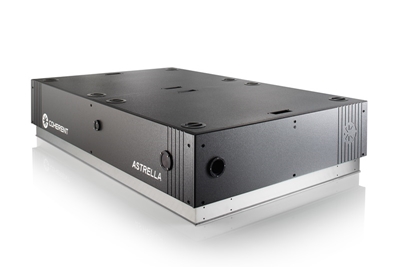 The Californian laser company Coherent has reported solid demand across each of its commercial markets, along with a sharp sequential increase in bookings in its latest financial quarter.

For the three months ending April 4, the Santa Clara firm posted sales of $203.7 million, up only slightly on the same period in 2014. At $220.6 million, bookings in the quarter were in fact significantly lower compared with last year – although that comparison is distorted by a $100 million order for excimer lasers used in displays manufacturing that Coherent booked in early 2014.

That huge order is now coming to fruition, with CEO John Ambroseo telling an investor conference call that a customer now wanted the third of the giant “Triple Vyper” laser systems to be delivered much earlier than had previously been scheduled.

Used to anneal backplanes for flat-panel displays, these systems command a sale price of $20 million, and Coherent is working flat-out to ship the third unit before the end of June. “We’re in an all-hands-on-deck situation to deliver the third Linebeam 1500 system well ahead of the original commit date,” said the CEO. “No effort will be spared.”

He warned: “The customer has requested that we pull in the third unit from the September to June quarter. This is a non-trivial request that requires expediting some of the large Linebeam optics and re-allocating production labor and space. We believe we can get it done, but it is going to be very tight.”

The CEO added that bookings from medical OEM customers were “very strong”, as was demand for ophthalmic applications outside of the LASIK space, with key orders for lasers used in cataract and photocoagulation procedures.

In dentistry, where Coherent announced almost exactly a year ago that it was working with Convergent Dental on a new pain-free system based around a 9.3 µm carbon dioxide laser, Ambroseo said there was “very strong demand” as the procedure gained adoption.

For the more conventional carbon dioxide laser application area of materials processing, the CEO said that Coherent would be launching a new system at the forthcoming LASER World of Photonics trade show. It will be augmented with other laser sources, and designed to allow users to drill very small holes (around 25 µm) to aid product miniaturization.

At the same Munich event the company is also set to launch its latest high-power fiber laser – one part of the laser business where Coherent is yet to have had much of an impact. “We believe the combination of enhanced performance, packaging and serviceability will enable us to be more competitive in the fiber laser space,” Ambroseo said.

“Cool” submarine application
Among the other technologies highlighted by the CEO was a defense-related order for fiber to be used in passive sonar for submarines. “It’s not large dollars, but it is incredibly cool,” he said.

With the uncertainty of the precise timing of the $20 million Linebeam system shipment, Coherent’s executive team said that sales in the current quarter could end up anywhere between $190 million and $210 million.

They have also adjusted their full-year sales expectations on the back of foreign currency effects and a $10 million order for electronics packaging pencilled in for the second half of this year that a customer has now decided not to go ahead with.

It still means that for the full fiscal year, sales should come in at between $820 million and $830 million – a figure that would represent a significant uptick from the $795 million the company posted for its fiscal year 2014.

• Coherent's stock price dropped by around 5 per cent on the Nasdaq exchange when markets opened following the company's financial update. Trading at around $61, the company commands a market capitalization of approximately $1.5 billion.