An advisory board set up to represent the field of quantum technologies in the UK has published its strategic plan for the future of the sector – and is calling for a ten-year investment to capitalize on the country’s academic expertise in the area.

To ensure that UK businesses benefit from the scientific progress already made, plus the developments expected at four new quantum technology “hubs” across the country, the board wants to see incentives for private sector investment, and closer ties between academia, industry, and government.

In the strategy document, the advisory board writes: “The UK is one of the world’s major investors in quantum research and, over the last two decades, has grown a vibrant academic community.

“Recent advances in the science, together with novel engineering and manufacturing capability, make this the right time for the UK to bring this next generation of quantum technologies out of the physics laboratory and into the marketplace.”

It goes on: “The vision is to create a coherent government, industry and academic [ecosystem] that gives the UK a world-leading position in the emerging multi-billion-pound new quantum technology markets, and to substantially enhance the value of some of the biggest UK-based industries.” 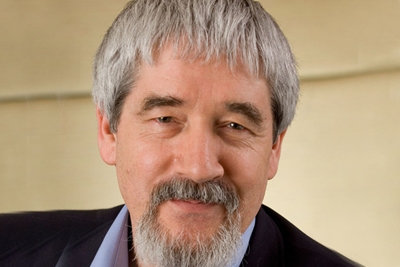 So far, the EPSRC has allocated £120 million to four quantum technology development hubs hosted in Glasgow, Birmingham, York, and Oxford, plus the National Physical Laboratory. Meanwhile £60 million of support has been pledged by more than 50 partner organizations involved in the various projects.

Last month, that private-sector involvement was in evidence when the “QuantIC” quantum enhanced imaging hub at the University of Glasgow was formally opened. Its principal investigator Miles Padgett said at the time that more than 30 companies had already signed up as collaborators, including big players like drugs firm Astra Zeneca and defense giant BAE Systems.

Among eight specific recommendations in the strategic plan just published are calls for a ten-year program to grow the UK’s quantum technologies ecosystem (current EPSRC funding for the four hubs is designed to run for five years), and to incentivize private investment with technology roadmaps and demonstrations, plus support for early adopters.

One of the earliest adopters is likely to be the UK’s Ministry of Defence, as government procurement of security-related quantum technologies is seen as a key route to market in the first instance.

David Delpy also now chairs the UK’s Defence Scientific Advisory Council, which briefs UK ministers on technological matters. He says of the quantum plan: “This represents the biggest single investment in a disruptive technology of the modern era.”

Delpy added: “The UK has long been recognized as a world leader in quantum research, and we now have a real chance to build a solid and successful industrial base around that excellence in fundamental science and engineering. A concerted effort will allow for the creation of an industry that will deliver clear benefits back to the UK.”

“Up to” £15M for training
For practical applications, it will be critical for quantum devices like single-photon sources and detectors to be integrated into systems, requiring co-ordination along the appropriate supply chains.

The strategy document spells that out, adding: “An immediate challenge for the new quantum industry is to move to a point where use of quantum devices does not require specialist knowledge or training and where the inherent quantum ‘strangeness’ will be hidden from both systems designers and day-to-day users.”

However, training of the future “quantum engineers” who will be developing the new technologies is seen as critical, and in a related announcement the EPSRC said it was committing “up to” £15 million for so-called “skills hubs” across the UK.

In partnership with industry, they are designed to deliver training and career development programs for PhD students. UK business secretary Vince Cable said: “From cameras that can see through smoke to cracking down on internet fraud, quantum technologies are taking innovation to a whole new level. This £15 million investment will ensure we have the flexible, highly-skilled workforce needed to turn these futuristic ideas into a reality.”

One of the companies involved at a high level is the sensor maker e2v technologies, through the presence of its CTO Trevor Cross on the quantum technologies strategic advisory board. He highlighted various support mechanisms that should help transfer the UK’s research expertise into marketable innovation, including access to funding, facilities, and world-leading researchers through the various hubs.

“By capitalising on this opportunity, businesses stand to benefit from the billion-pound market that quantum technologies promise,” Cross said.

As well as Delpy and Cross, members of the strategic advisory board include optics experts Sir Peter Knight and Peter Dobson, as well as Mark Hughes, the president of BT Security. The full list of board members is available here, while the UK national strategy for quantum technologies can be downloaded here.