Sales grew in line with the company's expectations, while acquisitions promise new synergies. 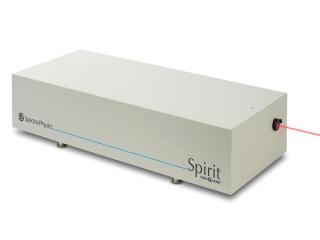 Newport CEO Robert Phillippy was able to confirm strong results for both the fourth quarter and full-year 2014, having predicted three months ago that he was confident of delivering record-breaking sales come the end of the year.

Sales for the quarter rose by three percent year-on-year and by more than eight percent sequentially, to $158.7 million.

Full-year results saw the company set new benchmarks in both orders and sales, the latter increasing by eight percent compared to 2013 and reaching $605 million. Phillippy indicated that sales were up in every geographic region, with China being a particular bright spot thanks to 20 percent rises in quarterly sales both sequentially and year-on-year.

Net income hit $8.8 million for the quarter; down slightly year-on-year, but contributing to a sharp rise in full-year income to $35 million. Earnings per share duly rose by 28 percent for the year, reaching $1.34.

"In 2014 we grew both orders and sales year-on-year in all of our target end markets except defense and security, and our book-to-bill ratio was greater than one in all of our target markets for both the fourth quarter and the full year," Phillippy commented to analysts. "This financial scorecard reinforces that we are effectively executing our balanced growth strategy and that the investments we've made over the past few years are clearly beginning to pay off."

Those investments during the year included Israeli fiber-laser developer V-Gen, which contributed $3 million in sales during Q4, and which Newport expects to deliver $15-20 million during 2015.

The agreement to purchase Austria's Femtolasers, announced in February 2015, should provide sales of $8-12 million during the coming year, according to Phillippy. The acquisition should be complete by the end of the first quarter.

"From a technology roadmap perspective, the extensive expertise that the Femtolasers' team provides will add to the already significant capabilities of both Spectra-Physics and High Q Technologies," he said.

"It will increase our market share in scientific market applications, and also extend our leadership in ultra-fast laser technology in general, which we believe really is the next frontier in terms of laser advancement into high-precision applications. We expect to achieve significant synergies, both with the leverage of our global sales force in Spectra-Physics and ultimately also with our supply chain."

Next-generation semiconductor equipment
Although orders in the defense and security segment rose during the quarter, full-year sales into the sector slipped by eight percent to $53.5 million. Phillippy told analysts that it is not yet clear whether sustainable recovery in this market is at hand.

"While we continue to work closely with Tier 1 US defense contractors on future programs, the timing and amount of the related revenue remain uncertain," he said. "On the other hand, we have encouraging activities related to new and ongoing programs in Europe. We continue to believe there is substantial upside and very little downside related to our participation in the defense and security market."

Sales in Newport's microelectronics segment rose by 17 percent in 2014, with Phillippy singling out the ongoing collaboration with key OEMs for next-generation semiconductor equipment, due to begin prototype shipment during the course of 2015.

"Our bump in microelectronics is more related to new products and program wins than it is to just market conditions, and if you look specifically at ongoing programs it is a bit of a mixed bag," he commented.

"We are the incumbent supplier in a number of OEM programs for applications that include lithography inspection and also some back-end processing, so capacity expansion would help us for sure. We currently anticipate low to mid-single digit growth, driven not only by the markets but by our increasing participation."