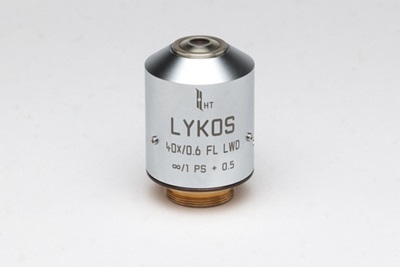 Hamilton Thorne, a small Massachusetts-based company specializing in laser and imaging equipment for cutting-edge biological research, has reported a sharp increase in profits and raised nearly $1 million in a sale of warrants.

For the quarter ending September 30, the Toronto-listed firm posted a net income of just over $200,000 on sales of $2.1 million. That represented a 44 per cent increase in profits compared with the same period last year – even though sales were up only 3 per cent.

It also means that Hamilton Thorne has now generated more than $1 million in profits over the past year, although CEO David Wolf indicated that the strong US dollar has made things tough in recent months:

“While sales for the quarter were up 3.2 per cent, total systems shipped were up over 11% in part due to product mix and in large part due to aggressive incentives that we have put in place to continue to build market share,” he said in a company statement.

“We are also continuing to focus more of our activities and resources on expanding the breadth of the products and services that we offer through our own development efforts and a strategy of selective acquisitions of complementary products and companies in our field.”

That plan should be aided by some capital-raising activity, with the company saying earlier this week that it had generated CDN$1.14 million (around US$850,000) through a sale of warrants.

The plan is to use the proceeds from the warrant exercises to fund acquisitions and product development, as well as providing additional working capital.

Stem cell research
Hamilton Thorne’s lasers and microscope objectives are typically used in emerging fields of biology, including stem cell research and reproductive medicine. The company’s customers are said to include highly regarded university teams at Harvard and MIT in the US, and Oxford and Cambridge in the UK, as well as blue-chip corporate labs at DuPont, Monsanto, Novartis and Pfizer.

The Hamilton Thorne lasers emit at around 1460 nm, with slight variations depending on the precise nature of the application. Because water inside cells strongly absorbs at this infrared wavelength, the laser can selectively ablate unwanted cells or rapidly score cell cultures to demarcate areas of interest, a key step in practical laboratory work.

Back in 2011, the company told optics.org that other applications can be more subtle. For example, the chances of a successful in vitro fertilization (IVF) procedure are known to be improved by the selective and precisely controlled removal of the zona pellucida, a membrane surrounding an immature egg cell, and a laser is an efficient means to create these localized holes.

In a similar manner, biologists who want to inject stem cells into tiny eight-cell embryos can use one of the lasers to allow localized access with minimal damage.

"In effect, the laser carries out miniature robotic microsurgery on cells," the company said at the time. "That basic operation opens up all sorts of applications in cloning, nuclear transfer, ablation, fertility ablation and pre-implantation, which can all be carried out with the same basic laser system."