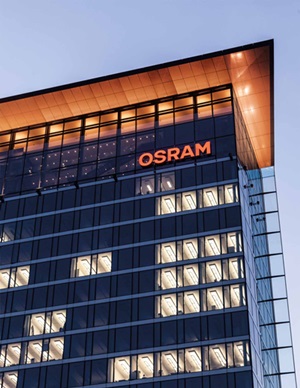 Osram says that it is seeking to create a new market for lasers and organic LED products in automotive applications, a market that it estimates could be worth €1.1 billion by 2025.

The global lighting giant’s management team revealed its ambitions along with major strategic spending plans during a lengthy conference call with investors in which it also announced a €1 billion investment in a huge new state-of-the-art LED chip facility in Malaysia.

However, the five-year plan outlined by CEO Olaf Berlien and his colleagues appeared to catch investors by surprise, with the company’s stock price nose-diving around 30 per cent as the market digested the likely impact on Osram’s 2016 profits.

Investment in R&D key
Along with the rest of the lighting industry, Osram is undergoing massive change as LEDs become the dominant technology in all kinds of lighting applications. The firm announced a €3 billion total investment, including a major expansion in LED chip production near its Penang, Malaysia, plant that will cost €1 billion.

Berlien told analysts: “Investments in research and development have paid off for the company in the past by taking it to a clear number one position in the automotive sector and leading to ground breaking applications with opto semiconductors.”

On top of the capital investment in Malaysia, he added that a total €2 billion would be spent on research and development efforts through 2020, with laser headlamps and OLEDs for cars among the beneficiaries.

“Through the intended increase in research intensity, Osram wants to further strengthen its technical expertise for semiconductor-based technology and extend its market position,” Berlien said.

The CEO also told investors that he wanted Osram to imitate the success of Japan’s Nichia, which has maintained its position as the number-one provider of LED chips for more than a decade, despite the emergence of competitors in Korea and China.

Osram’s Opto Semiconductors division ranks second behind Nichia, and Berlien and his executive team are convinced that investing in innovation and the new facility are crucial to maintaining that position – at a time when US rival Cree is re-trenching with the closure of one of its two chip production sites in North Carolina. 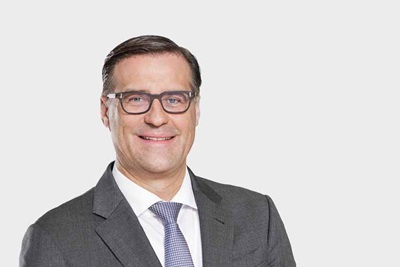 Lamps carve-out ‘on track’
One of the key moves by Osram is to separate off its lamps unit, which still accounts for 40 per cent of the company’s total sales, as a standalone business. That formal carve-out is now scheduled to take place by July 1 next year, after the company reached an agreement with a workers’ council in Germany.

That should leave Osram better able to concentrate on the core technologies at the heart of current and future lighting applications – largely LEDs, OLEDs and lasers.

The separation will also free up additional cash, with Osram set to use up a large chunk of the money already on its balance sheet through spending on employee pensions, a €500 million share buy-back scheme and an ongoing dividend of €0.90 per share – all on top of the Malaysia expansion.

One of the main drivers of the restructured Osram is its Opto Semiconductors (Osram OS) subsidiary, which includes the major LED production facilities in Regensburg, Germany, and Penang. The latest quarter was the best in the division’s history, said Osram’s executives, as it posted sales of €344 million.

Thanks largely to high capacity utilization at its key fabs, that translated to a record level of profitability for the business unit.

Under the “Diamond” investment plan (the name intended to represent long-term value creation) Osram will spend €1 billion expanding its Malaysian operations. The greenfield site in Kulim will include so-called “front-end” wafer production – where the key light-emitting semiconductor layers are deposited epitaxially onto sapphire wafers – with Osram expecting to complete the project by 2020. 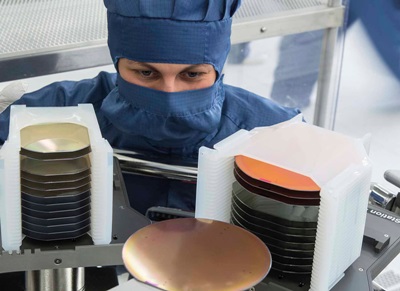 Sapphire solution
An initial €370 million build-out in the first phase should see a ramp of LED module products by the end of 2017, with the ramp of the second phase in early 2019 contingent on the market for LED components expanding as Osram expects.

The huge additional manufacturing capacity will also enable Osram to target the hugely competitive general lighting market with its LED products – something that the company has largely shied away from until now but believes could be a profitable add-on to its existing business.

Questioned about the wisdom of investing so much money in the new Malaysia fab, Berlien and Osram OS divisional CEO Aldo Kamper explained that the company’s relatively recent development of sapphire-based chips that are cheaper to produce and more suited to general illumination has been crucial.

Partly because of its leading position in the automotive sector – still the largest single application in terms of Osram OS LED sales – the company has until now focused on its “thin-film” technology platform, which is optimized for applications where light projection is needed.

The company has also decided not to make its LED chips on a silicon wafer platform, with Kamper telling investors and analysts that the technological trade-offs – for example the larger chip areas needed with silicon-based LED structures – still favored the use of sapphire for the volume market. 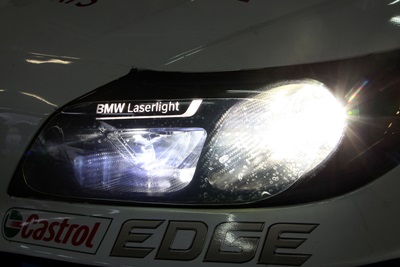 Laser headlamps: first mover advantage
Overall, Osram posted a 7 per cent increase in sales to €1.43 billion for its closing quarter of 2015, with automotive lighting said to be one of the key areas driving that growth.

Now the company says that it is aiming to create a market for lasers and OLEDs within automotive that could be worth €1.1 billion by 2025. Osram has pioneered the development of components for laser headlamps, with BMW now heavily promoting its series 7 cars that feature the technology. Osram is the sole provider of laser headlamp modules and began mass producing them at its Herbrechtingen plant back in May.

Asked whether it might make more sense to keep selling conventional xenon gas headlamps for as long as possible at a time when even LED-based headlamps only have around a 5 per cent share of the market, CEO Berlien said: “We have first-mover advantage, and if you are the first mover you have the best chance to make money.”

Osram sees the laser headlamps as complementary to its LED-based alternatives, suggesting that the likes of BMW are keen to adopt customized technologies that they are actively using as selling points for their cars. For example, the ability of the laser headlamps to produce glare-free illumination at claimed distances of up to 600 meters is seen as a key differentiator.

BMW has also deployed the new OLED technology – in the rear lights of its M4 concept car at January’s Consumer Electronics Show in Las Vegas. Osram now says that its OLED technology for automotive applications will move into series production in early 2016.

The extent of Osram’s investments in new technologies and its impact on the company’s profitability in 2016 appeared to alarm investors, however. The company’s stock price dropped by nearly 30 per cent on the Frankfurt stock exchange shortly after the five-year spending plans were revealed, wiping more than a billion euros off the firm’s market capitalization.

According to Bloomberg, Morgan Stanley analyst Lucie Carrier wrote in a research note to clients: “It seems Osram is now somehow gearing to become a tech company, rather than a general lighting one. Strong focus is put into R&D and investments in semi[conductor] technology and manufacturing, while surprisingly little detail is given on initiatives to strengthen the still underperforming lighting solutions and systems business.”