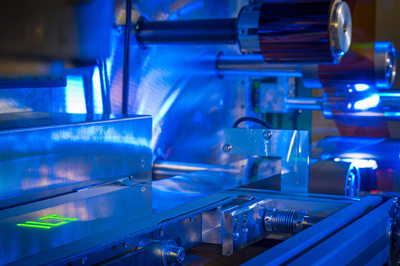 Laser-dried: A roll-to-roll process for continuous production of lithium batteries.

Two Fraunhofer Institutes – Laser Technology (ILT) and Ceramic Technologies & Systems (IKTS) – have joined forces to develop a new laser-based drying technique to improve the production of batteries while significantly cutting power costs. The research partnership will be showing off the technology next week at the exhibition Battery + Storage, as part of World of Energy Solutions 2015 in Stuttgart, Germany (October 12-14).

The joint project “DRYLAS - Laser-based Drying of Battery Electrode Slurries” focuses on the energy-efficient drying of electrode layers, so-called slurries, which are applied in a wet-chemical process to the current-conducting metal foils during battery production. Until now, continuous furnaces have been used, which remove the solvent contained in the slurry during the drying process.

Dr. Dominik Hawelka, a scientist at the Fraunhofer ILT, explained, “In these furnaces, the energy deposition is not very efficient as compared to a laser treatment. That is why we have decided to use the precisely controllable laser radiation as the drying tool for this application.”

The two institutes have designed an in-line process and a fiber-laser based drying module, which has already proven itself in initial tests in a so-called roll-to-roll plant of the Fraunhofer IKTS in Dresden.

Hawelka added, “The laser radiation is absorbed directly in the slurry and minimizes heat losses to the surroundings. Our drying process uses about half of the energy that the continuous furnace needs.” The two institutes have also demonstrated that the fiber-laser dried electrodes can be used to build sound battery cells that work just as flawlessly as components treated conventionally in a continuous furnace. 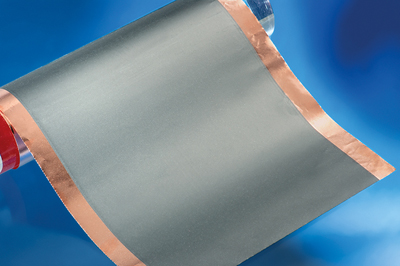 Cost effective: energy use in Li battery production is halved during drying .

The Fraunhofer ILT is also using its expertise in laser technology to put photonic process and plant engineering into practice: in particular, in the project ProSoLitBat, which is funded by the German Ministry of Education and Research and coordinated by Schmid Energy Systems.

This project focuses on the industrial, continuous production of lithium, solid-state batteries in thin film technology. The aim of the current project, which will run until 2017, is to make a so-called roll-to-roll process chain viable as an alternative to the vacuum method previously used.

“In contrast, continuous production can produce significantly higher quantities at a lower cost, which will help the solid-state lithium batteries to find wider applications,” said Dipl.-Ing. Christian Hördemann, a scientist at Fraunhofer ILT, based in Aachen. “We have built a pilot plant that works with an inert gas atmosphere, and with it we can now pattern and decollate batteries with integrated ultrafast lasers.” The company SCHMID Energy Systems will adapt the process from Aachen for series production. 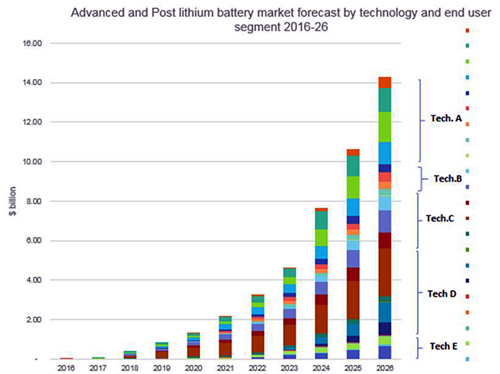 Power up: Sales of Li-ion and new-tech batteries are set to ramp over the next decade.

The timing of the Fraunhofer centers’ new energy-efficient battery production method is fortuitous as a new maket report has just been published showing that demand for lithium ion batteries is set to mushroom.

Market analyst IDTechEx Research, Cambridge, UK, is predicting that “advanced and post lithium-ion batteries” will achieve sales of $14bn by 2026.

The new report, entitled, Advanced and Post Lithium-ion Batteries 2016-2026: Technologies, Markets, Forecasts sees new battery technologies disrupting the global market. But the analyst warns that there will need to be certain improvements in lithium ion battery design and performance for it to realize its true potential.

The report states, “Although lithium-ion is the best battery technology we have ever seen, it will not achieve transformative factors of five in cost and performance due to inherent material limitations. Therefore, a new generation of battery technologies will be required in order to address the existing and future challenges of the increasingly complex energy systems in our society. Better batteries will be essential not only in electric cars and consumer electronics but also in wearable electronics, electric boats and aircraft, and throughout the built environment.”

The report focuses on a variety of new advanced and post lithium-ion battery technologies: silicon anode, solid state, sulphur, lithium air, sodium-ion and magnesium batteries. It notes that existing battery technologies, such as lead acid and conventional lithium-ion types, will continue to dominate the battery market in the comining 10 years, but that advanced and “post lithium-ion” batteries can potentially take a considerable dent of about 10% of the whole battery market, accounting for $14 billion by 2026, stating, “This is mostly because some of them are already in use in niche segments that will present high growth in the next 10 years.”