Launch ceremony at UNESCO headquarters in Paris draws 1000-plus delegates to two-day fiesta. 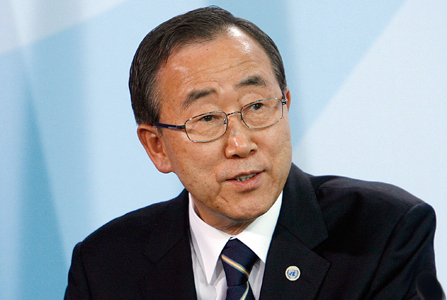 More than a thousand delegates this week converged on Paris, France, for the two-day launch ceremony of the International Year of Light (IYL), among them international diplomats Nobel laureates, and photonics industry decision-makers.

The role light-based technologies play in accelerating sustainable development will help the international community meet the challenges of the 21st century, United Nations Secretary-General Ban Ki-moon announced yesterday, as he opened the year-long festival, which is a UN effort to showcase light’s “vital contribution” to energy, education, industry, agriculture and health sectors.

In a video message to the gathering at UNESCO (UN Educational, Scientific and Cultural Organization) headquarters the Secretary-General told the 1000-strong audience that light science has revolutionised these fields over recent decades. “As we strive to end poverty and promote shared prosperity, light technologies offer practical solutions to global challenges,” he said. “They are particularly important in advancing progress towards achieving the future global sustainable development goals and addressing climate change."

Besides, the official opening, there was series of keynote lectures and round-tables covering breakthrough science, applications of light-based solutions, and talks on light pollution, consumer trends in photonics, the Einstein Centenary, the roles light has in art and culture, the history of science, and science policy. 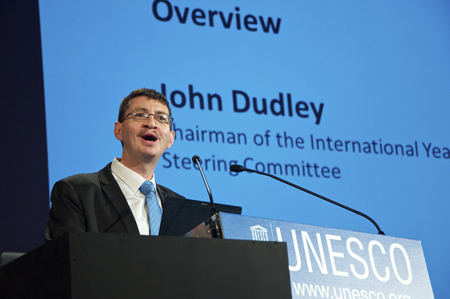 Ban Ki-moon cited his Sustainable Energy for All initiative, which is intended to boost energy access, energy efficiency and the use of renewables by 2030, a move, he said, that would translate into “a safer, healthier and more productive future”, by bringing more light to homes, hospitals and enterprises.

John Dudley, Chairman of the IYL 2015 Steering Committee told the delegates, "The International Year of Light is an opportunity to inspire, educate, and connect on a global scale. It is the initiative of a consortium of scientific bodies together with UNESCO, intended to bring together scientific societies and unions and educational institutions.

"The UN has recognized the importance of raising global awareness about how light-based technologies promote sustainable development and provide solutions to global challenges in energy, education, agriculture and health. An International Year of Light is a tremendous opportunity to ensure that international policymakers and stakeholders are made aware of the problem-solving potential of light technology.” 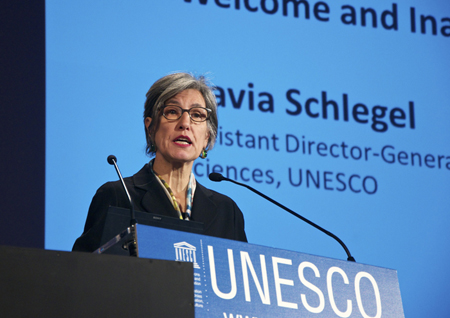 Flavia Schlegel, UNESCO’s Assistant Director General for Natural Sciences, gave the conference a presentation about the wide scope of the crucial role that light plays both in research and development and in the lives of people across the world.

”Light is the ultimate source of energy for every living thing," she said. "Without the science of light we would not know about the origins of the universe, nor the most modern developments in computing, communications and ever more innovation. For example, organic photovoltaics will allow the development of thin film solar cells that could turn any building roof into a power source.”

“This year-long festival of light offers us an opportunity to benefit developing nations, especially in Africa, which has a conference focus during this launch ceremony. We believe that it is only through sharing knowledge about light-based developments and technologies that we can build a world that is more peaceful and more inclusive.” 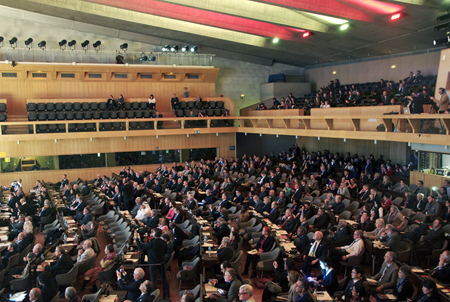 Packed to the rafters: UNESCO HQ in Paris.

2015 has not just been randomly selected as the IYOL; this year marks a number of significant anniversaries in the history of optics and photonics: