JDSU to be split into two public companies

JDSU, the Californian company that develops test equipment for communications networks alongside a range of optics and photonics products, has announced that its Board of Directors has unanimously approved a plan to split the company into two publicly-traded companies

The first new company will develop optical components and commercial lasers targeting the expansion of cloud networks and high-capacity data centers, while the second will be a network and service company focused on the telecoms industry’s transition to software-defined networks. JDSU’s current optical security business will operate as a separate business segment inside the latter. 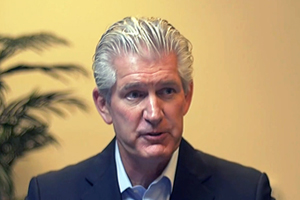 Tom Waechter, JDSU president and CEO, commented, “Over the past five years, JDSU has invested heavily in innovation aligned with the industry’s best growth opportunities, including cloud networking, data center expansion and software-defined networks. These opportunities extend beyond the traditional telecom ecosystem and now include web services, over-the-top, enterprise and other customers.

”We believe two fundamentally focused companies best position us to stay ahead of the accelerating pace of technology change and to compete even more effectively across the unique markets we serve today. Now is the time to make this transition, giving these businesses the opportunity to maximize their success while providing shareholders with distinct investment opportunities in two growth markets.”

The new optical components and commercial lasers company will be based on JDSU’s current Communications and Commercial Optical Products segment. The CCOP company currently serves a $7.4 billion optical communications market, which is expected to grow at a compounded rate of 11 percent over the next four years. It will also addresses an approximate $2.5 billion commercial lasers market, growing at a forecasted 7 percent annually. 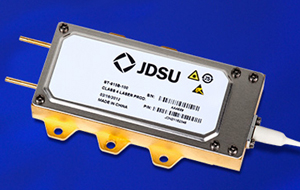 The stand-alone CCOP company will continue to focus on growing its commercial lasers and 3-D sensing applications. CCOP’s FY14 revenues were $794.1 million. Alan Lowe, CCOP's president since 2008 and executive vice president of JDSU, is the CEO-designate of the CCOP stand-alone company.

JDSU believes SDN is expected to influence 30-40 percent of all network spending over the next six years. Included in the new NSE company will be JDSU’s OSP business, which includes anti-counterfeiting solutions for currency authentication and high-value optical components and instruments for security, safety and other applications. The combined revenue for NSE and OSP in FY14 was $949.5 million. Tom Waechter, JDSU’s president and CEO, will continue in this role with the stand-alone NSE company.