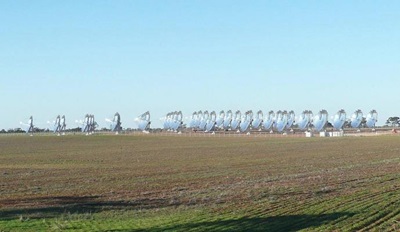 Solar Systems, the subsidiary of Australia-based Silex Systems that specializes in concentrated photovoltaics (CPV), has suspended plans to build what would have been the world’s largest CPV facility.

The suspension of the planned 100 MW site follows what Silex described as a joint review by the company and the Australian Renewable Energy Agency (ARENA), which had been due to fund the project.

The decision represents more bad news in the energy sector for Silex. The company, whose name is an acronym for the laser technique it developed to enrich uranium, was hit in late July by the decision of key licensing partner GE-Hitachi Global Laser Enrichment (GLE) to cut back its commercialization program for uranium isotope separation.

Armed with the funding from ARENA and another AUS$35 million from the Victorian local state government, Solar Systems had been due to build the 100 MW solar plant in Carwarp, near Mildura in Victoria.

However, Australia’s political environment has swung against renewable energy since the election of prime minister Tony Abbott last September, with some local media reports suggesting that he had personally intervened to scrap a plan to generate one-fifth of the country’s energy from renewable sources by 2020.

Pilot plant
Solar Systems had already built a pilot-scale 1.5 MW plant at the Carwarp site, and the company is hoping that its experience with that could help support other large-scale developments in the future.

Silex CEO Michael Goldsworthy said in a company statement: “Since we launched the 1.5 MW Mildura Demonstration Facility in June last year, we have captured a great deal of useful data and are now investigating alternative opportunities to build on the outstanding work already achieved at the Mildura site.”

“We believe that concentrated photovoltaic technology has a strong future in delivering clean, low-cost energy to supplement base load power in many suitable regions around the world and we continue to assess deployment of our unique ‘dense array’ dish technology in prospective offshore markets.”

ARENA chief Ivor Frischknecht added: “ARENA enjoys a good working relationship with Solar Systems and remains open to considering any new or revised project opportunities that are ready for testing and demonstration.”

With its high levels of direct solar irradiation and relatively clear skies, Australia had always been regarded as one of the most promising locations for CPV energy generation. But the suspension of the huge Mildura project is the latest blow for a sector hit first by the tumbling cost of conventional flat-bed silicon solar panels, and more recently by the fall in wholesale electricity prices.