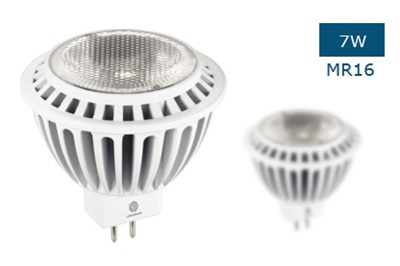 LatticePower Corporation, a Chinese company working to develop lighting-quality gallium nitride (GaN) LEDs that can be manufactured on cheap silicon substrates, says that it has closed $80 million in new venture financing.

Led by Asia Pacific Resources Development Investment and including existing investor GSR Ventures, LatticePower says that the money will be used to expand both its research and development and manufacturing capabilities.

The company, which was founded back in 2006, and is one of many – including both big hitters like Osram and Samsung and newcomers like the UK’s Plessey Semiconductors – working to hone the epitaxial processes and recipes needed to produce high-quality layers of light-emitting semiconductors on silicon material.

In theory, that should make LED chips and associated lighting products much cheaper to produce than existing technologies featuring sapphire or silicon carbide substrates. But the additional cost of dealing with the physical lattice mismatch between the ultrathin layers of silicon and compound semiconductor crystals has so far proved difficult to overcome.

Along with the new financing, LatticePower says that it has just launched a GaN-on-silicon LED for camera flash applications in smart phones and similar handheld devices, to go alongside various lighting products. But despite that and a recent appearance at the giant Lightfair trade show in Las Vegas, some commentators say that they are yet to witness any of the company’s products.

Limited impact so far
According to the company, a signing ceremony to celebrate the new venture round took place at the Four Seasons Hotel in Hong Kong on July 2, with Sonny Wu – the co-founder of GSR Ventures and also the chairman of Lattice Power - and Min Wang, CEO of the LED maker.

In a company statement, Wang said: “This new round of funding will allow us build the necessary scale to be competitive in this fast-evolving and growing market and enable the company to meet the growing demand for our industry-leading products from an expanding customer base across the globe.”

While LatticePower claims to have enjoyed success with its development of what has long promised to be a disruptive silicon-based LED technology, and to have filed more than 200 global patents, the company is yet to have any major impact on the fast-growing market.

According to a recent analysis by IHS Technology, last year only one Chinese producer – domestic market leader MLS – ranked in the top ten of global LED makers, which remains dominated by long-term players like Japan’s Nichia and Germany’s Osram Opto Semiconductors, and heavily financed conglomerates like Samsung.

“MLS and the smaller Chinese suppliers mostly compete among themselves for a share of the large domestic LED market,” says IHS. “The international portion of sales for these companies is very small.”

“Top-tier LED suppliers such as Nichia, Osram, Lumileds and Cree so far have seen only a small impact from Chinese vendors on their sales. This is especially true in the market for general lighting in regions such as Europe and the Americas,” continued IHS, although it also warned that this will not necessarily be the case by the end of the current decade.

Global expansion plan
GSR Ventures’ Wu outlined some of LatticePower’s plans for global expansion with what is claimed to be a highly scalable technology that is suitable for automated production:

• Epistar, ranked as the LED industry’s largest supplier of GaN-based die and epiwafers, is set to increase its market share further following news that it will acquire the fellow Taiwanese company Formosa Epitaxy (Forepi).

According to IHS Technology’s market analyst Alice Tao, the deal will give Epistar control of more than 400 metal-organic chemical vapor deposition (MOCVD) reactors – the key piece of equipment needed to make LED structures.

That will represent more than double the capacity of its nearest rival, and give Epistar around 15 per cent of total global wafer production capacity, adds the analyst. IHS also predicts that revenue from packaged GaN LEDs in lighting applications is projected to grow from $5.2 billion in 2013 to $6.0 billion this year, and rise to $6.8 billion in 2015.