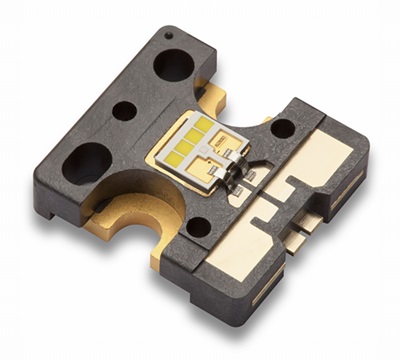 Philips is to combine its Lumileds LED chip manufacturing subsidiary with its automotive lighting business unit into a single, standalone company.

The consumer electronics, healthcare systems and lighting giant says that it then wants to attract external investment for the combined businesses, while remaining both a shareholder, research partner and – through its Philips Lighting division – a key customer.

Philips says that the new company, whose combined sales amounted to approximately €1.4 billion in 2013, will be headed up by Pierre-Yves Lesaicherre, currently the CEO of San Jose-headquartered Lumileds.

Merging Lumileds with the automotive lighting unit under the Philips umbrella should be completed in the first half of 2015, and is expected to cost the company around €30 million.

Philips chief Frans van Houten explained the strategy by saying that the company wanted to intensify its focus on “connected LED lighting systems and services, LED luminaires, and LED lamps for the professional and consumer markets”.

For 2013, the company said that its LED-based lighting sales had grown nearly 50 per cent on the prior year, and now accounted for just over a third of total lighting sales – illustrating the growing maturity of the solid-state lighting market.

Lumileds’ own sales accounted for 5 per cent of Philips Lighting’s €8.4 billion turnover in 2013, equivalent to around $420 million. Automotive lighting sales were around $840 million.

Major players
Eric Rondolat, who heads up the Philips Lighting division, said: “By combining Philips automotive lighting and Lumileds, the automotive lighting customers will continue to benefit from a fully integrated end-to-end research and development and supply chain, enabling the adoption of LED technology in automotive applications.”

Both the Lumileds and automotive lighting units are regarded as major players in their own right – for example Lumileds was last month ranked the world’s fifth-largest supplier of packaged LEDs in 2013 by market analyst IHS, and is also seen as owning some of the industry's key intellectual property.

On the automotive side, Philips was ranked at 91 in the top 100 OEM parts suppliers by trade publication Auto News last year, mostly thanks to sales of lighting components.

Philips believes that the combined unit would be able to grow more quickly once it is independent of the parent company, and with greater flexibility in terms of attracting external investment – potentially through an initial public offering of stock.

“I am confident that the combined business will be able to extend its leading portfolio of digital lighting components and achieve robust growth, serving even more customers in the industry, including of course Philips Lighting,” said Rondolat.

The planned move by Philips comes almost exactly a year after its lighting rival Osram was floated on the stock market by parent firm Siemens. Following that, the Frankfurt-listed company rose in value steadily, although the stock has since given up some of those gains.

Lumileds began life as a joint venture between Agilent Technologies and Philips Lighting back in 1999, before Philips took full control of the company in 2006, after Agilent decided to sell its semiconductor business unit to a private equity partnership.