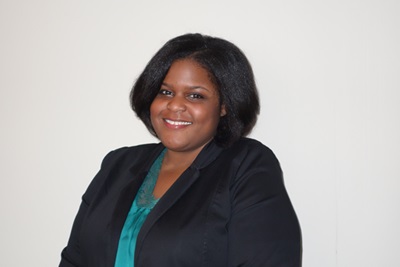 Professional societies SPIE and The Optical Society (OSA) have selected two new ‘Congressional Fellows’ to advise on science topics within the US political establishment.

OSA and optics.org publisher SPIE have chosen Georgia Institute of Technology researcher and STEM education advocate Ariel Marshall to bring a science and engineering perspective to Congress, while OSA and the Materials Research Society (MRS) have picked James O’Dea from Cornell University. Both will begin their stints in September.

Special assistant
As the 2014-2015 Arthur H. Guenther Congressional Fellow, Marshall will serve a one-year term on Capitol Hill working as a special legislative assistant on the staff of a US congressional office or committee.

Set to receive her Ph.D. from Georgia Tech this summer, Marshall studied chemistry as an undergraduate at the University of Central Arkansas, before embarking on postgraduate research focused on the structural, electronic and optical properties of organic conjugated small molecule and polymer systems with potential applications in electronics, photonics and photovoltaics.

Marshall was also awarded the 2012-2013 Sam Nunn Security Policy Fellowship, a MacArthur-funded program in which scientists and engineers are prepared to offer policy advice on issues at the intersection of science, technology and international affairs.

Energy issues
O'Dea, who earned his Ph.D. in chemistry from the University of California, Santa Barbara, is hoping to work on issues at the intersection of energy and health during his year at the heart of US policy-making. He worked as a postdoctoral fellow at the Energy Materials Center at Cornell University, initiating efforts for Cornell to divest its endowment from holdings in fossil fuel companies, and to adopt an open-access publishing policy.

The Congressional and Executive Branch Fellows program, which involves two dozen US societies, aims to bring people with technical and scientific backgrounds and perspectives to the decision-making process in Congress, and to provide scientists with insight into the inner workings of the federal government.

Their year begins with a comprehensive training and orientation process facilitated by the American Association for the Advancement of Science (AAAS). They then go through an interview and selection process with offices of senators, representatives or committees on Capitol Hill before choosing the offices in which they will serve.

Each year, the Guenther Congressional Fellow finalists are interviewed and selected by a committee comprised of volunteer members from OSA and SPIE. For more information, visit the various society web sites.