ASML: volume productivity with EUV in 2016 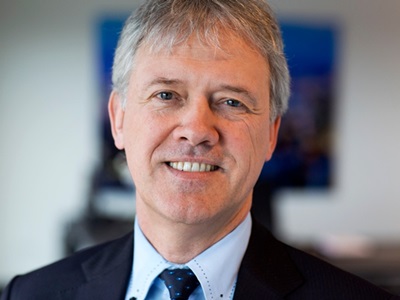 Development of extreme ultraviolet (EUV) lithography is on track to meet customers’ volume productivity requirements by 2016, according to EUV scanner developer ASML.

The company said in its latest financial results call, for the opening quarter of 2014, that it expected to recognize revenues on a total of eight EUV systems sales as this year, after a fourth NXE:3300B EUV system was shipped in the latest quarter.

That will be followed by a single EUV system by the end of June, another two in the third quarter, and an anticipated four systems in the closing quarter of this year.

Asked when he thought that its chipmaking customers would be confident enough in the stability of the EUV tools to place orders with ASML for the 2016 time frame, CEO Peter Wennink said:

“100 wafers per day is the result of the first great cycle. To get to 500 wafers per day, we need several great cycles, which are planned throughout the year. For instance, the upgrade cycle that we did just after [the] SPIE [Advanced Lithography conference] for the tools in the field actually gave us the projected results.”

That means ASML is planning to be at that 500 wafers per day level by around the end of 2014 or the start of 2015, the CEO added – although Wennink’s personal expectation is that the company should reach the appropriate level of confidence before that.

“Somewhere this year I think customers and ASML need to sit around the table to talk about the follow-up of the industrialization of EUV,” he added.

Admitting that the development of EUV systems was already “about two years late”, Wennink told an investor call that the company was expecting to put between 12 and 15 EUV units in place next year, a figure that should double in 2016 and double again in 2017 – assuming a successful roll-out.

Eric Meurice set to join IPG board
At just under €1.4 billion for the opening quarter of 2014, ASML’s total sales were up sharply on the same period last year, but down on the figure of €1.85 billion in the closing quarter of 2013 – although the latter figure was skewed by recognizing the sale of four EUV systems.

Despite expectations of a significantly better 2014 than 2013, ASML’s stock price slipped by a few per cent following the results call, seemingly reflecting a slight downward revision of sales expectations for the June quarter.

Meanwhile, the former ASML CEO Eric Meurice, who stepped down from that position around nine months ago, has been nominated for election to the board of directors of fiber laser manufacturer IPG Photonics.

Meurice will stand for election at IPG’s annual shareholder meeting on June 3. The Massachusetts company has emerged as the chief rival to Trumpf, the giant German manufacturer of industrial lasers, in recent years – and Trumpf is known to be a key supplier of specialist carbon dioxide lasers to ASML that are used to generate EUV light for the new lithography systems.