US sales of LED-based production lighting to double by 2020 to $80m. 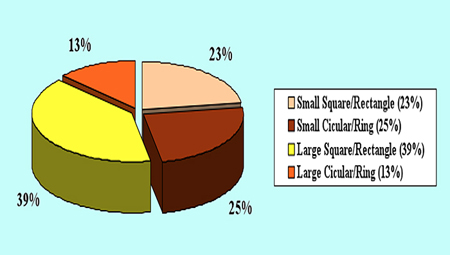 US sales of LED-based production lighting to double by 2020 to $80m.

The annual value of US market sales of LED-based production lighting will double over the period 2013-2020 forecast period, according to market analyst ElectroniCast Consultants. The market forecast considers the use of LED-based lamps in broadcast, TV, movies, videography and photography, in the United States alone.

Also according to the ElectroniCast report, the value of LED-based lamps for this application area will increase from $38.05m in 2013 to $80.28m in 2020. Market forecast data in the report refer to consumption for a particular year; so they are not cumulative data.

The sales value of LED lighting is currently increasing in these application areas, notably with double-digit annual growth in the broadcast/TV and movie categories. The videography and professional photography sectors will see slower annual growth due to already having acceptance or at least a stronger presence in use, especially with the smaller light units that attach to a camera.

The use of LED-based lights in the film industry is driven by requirements for lighting effects and set lighting, mainly because of its flexibility: a single light source can generate a great variety of colors. Additionally, continuous cost/performance improvements driven by technological advancements are driving the LED lighting fixture market from a niche-only solution to a general solution.

Another benefit, directly related to the use of lighting in studios and sets, is the consumption of less electrical power, since LEDs use less energy and less air conditioning is required since heat generated by LED lights is negligible. Broadcasters and the film studios are now proud to publicize that they are good corporate citizens by incorporating LEDs in their operations and thereby embracing “green" technology, such as the “Green is Universal” initiative by NBC Universal.

The market study presents an analysis of the International Trade Commission (ITC) rulings and provides US Patent details addressing specifically allegations and actions by Litepanels (the market leader in this sector) regarding their claims of infringements by competitors, which obviously has an impact on the market forecast and analysis of LED-based professional production lights.

“The report provides company profiles of over 30 companies in the current LED-based production light market in the United States. Competition is progressing, with innovative product-line expansions,” said Stephen Montgomery, president and principal analyst of LED Market Research at ElectroniCast Consultants. ElectroniCast estimates that larger size LED lights lead in relative market share (52%) versus the smaller LED lights, in consumption value for 2014. The average selling prices for smaller devices are significantly less than the larger fixtures.

“In terms of volume, the smaller units will hold a substantial market share lead during the forecast period; however, because of their relatively low average selling price compared to the larger units, they have a smaller market share in terms of value,” Montgomery added.