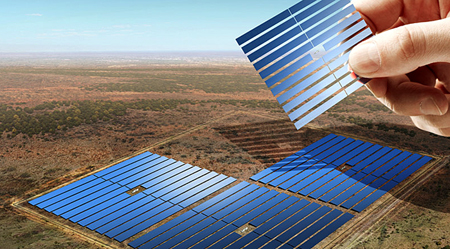 Photovoltaics specialist Belectric OPV and construction paint and insulation system manufacturer DAW SE (Deutsche Amphibolin-Werke), both based in Germany, have joined forces to work on the integration of organic photovoltaics (OPV) into various construction product-lines and components.

The department of Architecture, division Design and Energy-Efficient Construction, at the Technical University of Darmstadt, headed by Prof. Manfred Hegger, is advising the partners on issues relating to construction technology and design.

The aim of the cooperation is to develop finished construction elements capable of generating electricity, thereby breaking new ground in building-integrated photovoltaics. The development of these new elements is intended to enable OPV to be incorporated into construction projects without increasing the job’s complexity or workload and to create a uniform appearance throughout the architecture.

Moreover, say the developers, the photovoltaic construction elements could deliver greater functionality that would otherwise need to be provided by additional conventional construction parts. The integration of photovoltaic components in buildings represents a step into the future, and the demand among system providers is correspondingly high.

Cooperation between DAW and Belectric OPV will see organic photovoltaic components being integrated directly into a building’s facade insulation systems produced by DAW. In May 2012, DAW won the "Hidden Champion" SME prize awarded by German broadcaster N-TV in the Sustainability category.

Dr. Helmut Plum, a board member at DAW, responsible for R&D and Purchasing, said, "We have assumed a pioneering role in the field of sustainability. The construction industry in particular offers a huge amount of potential through the use of energy-efficient product systems. This cooperation represents an ideal match for our longstanding, eco-conscious corporate philosophy.”

Belectric, a developer and manufacturer of ground-mounted solar power plants and roof- mounted photovoltaic systems, has continued its R&D into organic solar panels under the name Belectric OPV since October 2012. Alongside its new Solarte range, the company is continuing to develop its Power Plastic range, aimed at large-scale industrial applications.

Ralph Pätzold, CEO, commented, "To date, solar power generated from buildings has been produced almost exclusively by roof-mounted systems. Generating solar energy via finished construction elements forming part of the building shell represents the next key step. We have the technical know-how to provide the specially modified OPV components for the project."

Thibaud Le Séguillon, Heliatek CEO, commented, “This lab development underscores our strategy to supply our transparent HeliaFilm to glass manufacturers for both building integration and car roofs. The transparency of our products is at the core of our market approach.”

The latest generation of organic solar cells with a 40% light transparency have reached an efficiency record of 7.2%. The measurement follows standard testing conditions using a white background. Heliatek thus succeeded in generating an optimal energy conversion for transparent HeliaFilm™. Currently, its opaque cells achieve 12% efficiency. 7.2% cells mirror the same efficiency, since the partial transparency allows the usage of only 60% of the light for the energy harvesting.