As work to understand large-scale neuron activity gains momentum, photonics will come to the fore. 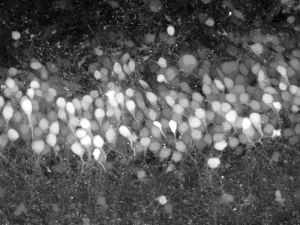 Since President Obama's announcement in April 2013 of a high-caliber collaborative project aimed at a deeper understanding of how the brain works, a surge of research into techniques that might be of value in achieving the ambitious goals of the BRAIN Initiative has been under way.

Photonics is set to play a critical part, according to Rafael Yuste of Columbia University, whose research into the imaging of neuronal activity and advocation of an interdisciplinary Brain Activity Map Project laid some of the groundwork for the current program.

"We can envisage doing this in several ways: using electrodes, or new molecular biology methods, or via nanotechnology. But my belief is that photonics should be the main driving force. It is less invasive in principle, and the explosion we are witnessing in optical communications and other optics technologies is something that neuroscientists can piggyback on."

Despite the resources broadly afforded to the BRAIN Initiative and its initial funding of more than $100 million, achieving these goals is unlikely to be a trivial task. Several significant challenges face researchers aiming to generate high-resolution network-level maps of neuronal activity, and hence successfully image the activity of complete neural circuits in animals or humans - a goal Yuste characterizes as the project's own Everest.

One hurdle is the need to somehow image the dynamic voltage activity that accompanies neuronal activity, and do so with high temporal resolution. At present, an established method for spotting neurons at work is a calcium imaging technique, which monitors the chemical changes involved using suitable calcium indicators or fluorescent markers. Yuste believes that this method cannot ultimately meet the requirements of the new initiative.

"I was part of the development of calcium imaging, so I can be critical of its limitations," he said. "It is a very indirect method to monitor brain activity, too slow to catch a lot of interesting events. Instead, we need methods to image voltage: to use photons to read out the voltage of membrane potential in neurons."

This has proven to be a tremendous technical challenge, with signal-to-noise ratios for voltage imaging currently 10 to 100 times worse than those in calcium imaging. Possible solutions are now taking shape, including the use of novel organic molecules able to act as voltage indicators, genetically encoded indicators for voltage, or possible solutions from the field of quantum optics.

A three-dimensional view
Another critical need will be to image active neural networks in three dimensions; a key step in understanding their behavior, but one which is poorly served by the inherently two-dimensional and planar nature of many optical microscopy techniques.

Several potential lines of research might assist with this, including one featured in a paper Yuste co-authored for SPIE Photonics West in February 2014.

This approach couples a spatial light modulator (SLM)-based illumination system with a wavefront-coded imaging system. The SLM can near-simultaneously excite neurons located at different focal points and defined locations, while the imaging system can collect light from all focal points, also simultaneously. The combination produces an imaging microscope able to address and image multiple targets in three dimensions, an approach Yuste equates with the principles behind holography-based imaging.

"This may not ultimately prove to be the perfect solution, but we are keen on it," he said. "A recent paper described using it to image 50 neurons simultaneously - so we still have some way to go. But at least it is simultaneous for the first time, and we hope that with better lasers and refinements we will at some point be able to image tens of thousands, if not hundreds of thousands, of neurons in 3D."

Not business as usual
The call for better lasers is an indication of how advances in optics and the inventiveness of photonics engineers are likely to come to the fore. Most current work on neuron mapping employs standard laser sources developed by vendors for the semiconductor industry, but Yuste believes that researchers now need lasers tailored more closely to their own purposes.

"This is a classic example of why we cannot continue to do business as usual in neuroscience, where much research still tends to operate on a parochial model and progress emerges from isolated individual labs," he noted. "There are certain things you cannot do in this way, and building a new type of laser source is one of them."

Items on a neuroscience wish-list for photonics developers to tackle include a need for lasers that emit much deeper than usual into the infra-red, beyond 1600 nm. Another would be SLMs more suited to the 3D imaging system described by Yuste. The current platform employs some of the fastest SLMs in the world, switching at 500 Hz; but to perform 3D imaging of neural networks properly, SLMs switching at 10 kHz may be called for.

"This is a unique problem that can be solved only across a range of disciplines," concluded Yuste. "Ideally we need to focus money on a few national centers where these problems of voltage imaging and the need to image in 3D could be approached from an interdisciplinary perspective. At present funding is divided into a lot of small grants to individual labs, but that's not going to change the game."

Tim Hayes is a contributing editor at Optics.org