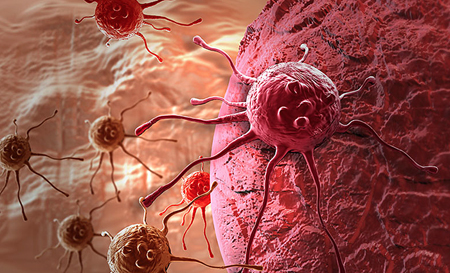 Researchers at the University of Zurich have come up with an imaging method that is able to simultaneously visualize a previously unachieved number of factors involved in cancer.

There are many reasons why it is still difficult to treat and cure cancers. A tumor may, for instance, consist of different tumor cell subpopulations, each of which has its own profile and responds differently to therapy – or not. How a tumor then actually develops and whether metastases form depends on which signals a tumor cell receives from its environment.

The team led by Prof. Bernd Bodenmiller from the Institute of Molecular Life Sciences at the University of Zurich – in cooperation with ETH Zurich and University Hospital Zurich – has succeeded in comprehensively profiling and visualizing tumor cells from patient samples. This promising method has now been published in the journal Nature Methods. 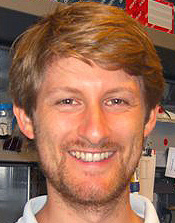 Trying to determine a tumor’s cell profile and its neighborhood relationships is a highly complex process. This is because the biomarkers - the specific molecules of the various cell types and their circuits - must be measured in relation to one another, spatially.

“With our method it is possible to obtain a comprehensive picture using a novel imaging technique that currently can simultaneously record 32 biomarkers, which we expect to increase to more than one hundred in the near future,” said Bernd Bodenmiller, the study coordinator. "Furthermore, thanks to state-of-the-art imaging, the information about the cells’ neighborhood relationships is collected and their direct impact on the cellular switch-and-control circuits can be visualized."

The new technique is based on methods that are already routinely used in hospitals – with two important innovations. First, the biomarkers are visualized using pure metal isotopes instead of dyes. To do so, biomarkers on very thin tissue sections are labeled with antibodies. 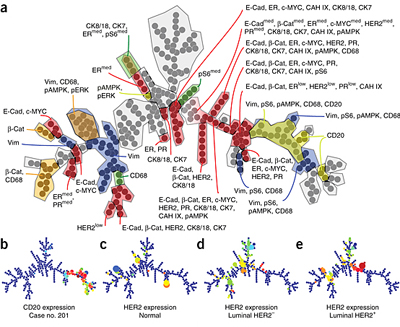 The antibodies are coupled to the pure metal isotopes. Then tiny pieces of tissue are removed with a laser system developed by Prof. Detlef Günther from the ETH Zurich, and the metal isotopes of the pieces are measured with a mass spectrometer, which can determine the mass and quantity of the individual metal isotopes. “This trick gets round the problem of the limited number of colors in the analysis of biological samples”, comments Bodenmiller.

Secondly, information about the cells, and their control circuits, is no longer qualitative. With the new measurement method it is possible to precisely determine which cells experience what effect and to which extent. In this way the weak points of the control system can be pinpointed and this helps in the development of new therapeutic approaches. Bodenmiller says this is the reason why it is increasingly important to understand these interactions for diagnosis and therapy.

The initial measurement results of the new biomarker technique for breast cancer investigation have revealed the heterogeneity of tumors. As a consequence of major growth, some tumors suffer from oxygen deficiency on the inside, other misuse the body’s own immune cells to drive their growth. Cell-cell interactions and cell location in the center or on the edges of the tumor also have a significant influence.