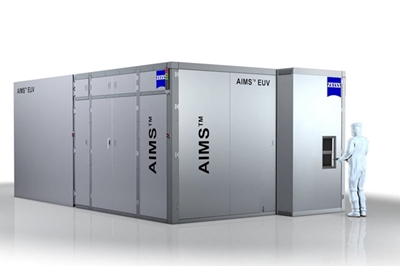 Zeiss is claiming a “major milestone” in the battle to develop extreme ultraviolet (EUV) lithography for commercial deployment, after its prototype metrology system captured its first images of EUV photomasks.

The adoption of EUV technology by the semiconductor industry is at a critical stage, with key decisions on exactly when new tools under development at key player ASML will start producing wafer patterns in volume anticipated during the next couple of months.

Those decisions will determine whether or not EUV will be introduced for the so-called “10 nm node”, or delayed by another two years until the following 7 nm node.

Jan Hendrik Peters, who is the EUV program manager within the Carl Zeiss semiconductor manufacturing business unit, said of the latest progress on the metrology side: “The first images are a major milestone, because they verify the concept and the design of the whole system. We produced evidence that not only the optics is well defined, but also the source as well as all other major components are working together.” 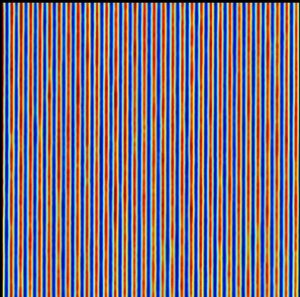 Not a Bridget Riley print...

Addressing infrastructure gaps
Zeiss has been working on the tool as part of the EUV lithography mask infrastructure (EMI) consortium, which was launched by the industry’s Sematech group of companies back in 2010 to address a key infrastructure gap in the area of EUV mask metrology.

“The AIMS EUV tool will be one of the most precise optical instruments fabricated for the semiconductor industry, and the EMI members are pleased to see our collaboration facilitate this technical accomplishment,” said Michael Goldstein, the EMI program manager and an Intel assignee at Sematech.

“With first images now available, Zeiss is showing significant progress in building a production-ready tool. Mask defectivity remains a key challenge to EUV readiness and it is exciting to see AIMS continue its journey towards realization."

According to Zeiss, the resolution of the system is already “excellent”, meeting the specification requirements. The first images that it took were of 64 nm mask structures, corresponding to a 16 nm half-pitch at the wafer level.

The company adds that the first customer masks will be measured on the system in the coming year, and that the first AIMS EUV field service engineers received training last year to install and service such systems in the field.

Hot topic
Recent progress in EUV lithography technology – or, in the view of some, the lack of - will once again be a hot topic at next week’s SPIE Advanced Lithography conference in San Jose, California, with the first results from the AIMS tool being presented by the Sematech/Zeiss team.

This event has become a key one in the lithography industry’s calendar, and last year saw ASML’s Cymer light source division announce a hike in source output power generated in part by the use of a “pre-pulse” laser to expand tin droplets inside the complex EUV source. When those droplets are subsequently struck by a high-power carbon dioxide laser, a plasma creates broadband light extending to the 13.5 nm EUV wavelength.

This year’s Advanced Lithography event sees a plenary talk by ASML’s chief scientist (and 2013 SPIE president) William Arnold, as well as dozens of presentations on the EUV theme including one from Global Foundries on the integration of an EUV metal layer in a test-chip demonstration.

A team from ASML/Cymer will also report on the increase in drive laser power for the company’s second-generation EUV sources, and how the conversion efficiency of the pre-pulse step has increased to help achieve the target EUV powers required for mass production.

Another talk from a team based at the University of Central Florida’s College of Optics and Photonics (CREOL) will argue that recent developments in high-power diode-pumped solid-state lasers could make this technology a realistic alternative to the carbon dioxide drive lasers currently being used in EUV sources.