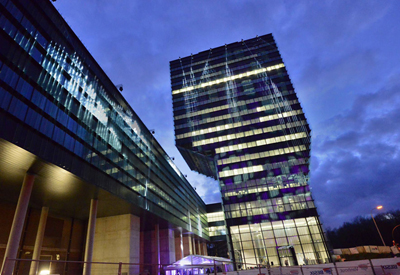 imec (above) and Huawei will investigate silicon optical interconnects.

Silicon photonics is a key enabling technology expected to revolutionize optical communications by paving the way for the creation of highly integrated, low power optical transceivers used for data transmission and telecommunications.

A joint statement from the companies said that Huawei has now joined imec’s research program, which focuses on optimising bandwidth density, power consumption, thermal robustness and cost at the system level. Huawei engineers will work closely with imec’s R&D team in Leuven, Belgium, with a view to achieving technological progress in this vital area for delivering connectivity matching the needs of the Europe of tomorrow.

In 2013, Huawei acquired photonics company Caliopa, a spin-off from imec and Ghent University, thereby adding silicon photonics research to its European R&D portfolio. Delivering on its commitment of boosting Caliopa’s development, Huawei said it has been investing in its human resources and infrastructure, prompting it to move offices to keep step with its rapid growth.

Hudson Liu, CEO at Huawei Belgium, added, “Having acquired cutting-edge expertise in the field of silicon photonics, this new partnership with imec is the logical next step towards next-generation optical communication. Imec’s role as a global leader in the field of silicon electronics, combined with Caliopa’s expertise in this field – leveraged by Huawei’s global reach – make this new partnership a strategic advantage for all sides.”

Huawei said the collaboration further deepens its engagement with the European research ecosystem in pursuit of its strategy to build a better-connected Europe by investing in local talent. The announcement follows the recent purchase of Internet of Things pioneering company Neul in the UK, the launch of an innovation centre in Walldorf, Germany, and the opening of an R&D site in Sophia Antipolis, France.