US authorities employ spectroscopy equipment to scan bottles for chemicals being used to make the drug at home. 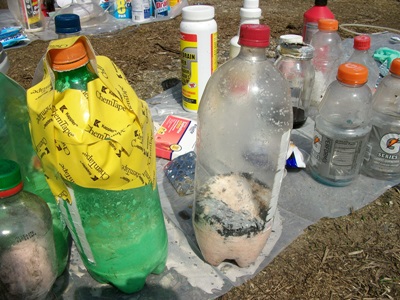 Raman spectroscopy equipment from B&W Tek looks set to aid US authorities as they try to clamp down on the production of home-made drugs.

According to the Newark, Delaware company, the Drug Enforcement Administration (DEA) has used its “TacticID-GP” kit – a handheld spectrometer designed for hazardous materials and narcotics detection – to spot so-called “one-pot” production of methamphetamine, a form of the drug also widely known as speed.

Amateur chemists using the ‘one pot meth’ approach get around the law by reacting a combination of widely available chemicals to synthesize the drug.

But aside from the dangers of meth use, its side effects and the potential for generating other harmful end products, the very act of producing the drug in this way creates additional dangers.

B&W says that home chemists typically brew up a mixture of ammonia nitrate, sodium hydroxide, pseudoephedrine tablets, water, a reactive metal such as lithium and more in a two-liter bottle or similar plastic container.

But if the gas created by the chemical reaction is not released every 15 minutes or so, sufficient pressure can build up to set off an explosion of the toxic ingredients. “Additionally, if the bottle tips over, the reactive ammonia nitrate can mix with the water, also causing an immediate reaction and ignition,” says the firm.

“This process is even more dangerous than the old makeshift meth labs, with numerous deaths and injuries occurring around the world,” it adds.

Molecular signature
Crucially, Raman spectroscopy can be used to identify chemicals inside plastic bottles from their distinct infrared spectra, which result from molecular vibrations and are effectively chemical "signatures". The technique has also found use in airport security screening of liquids recently.

If the home chemists are successful, within as little as an hour they end up with several grams of a crystalline, highly pure methamphetamine powder that can be smoked, snorted or injected. “The process is so simple that it can be done in a car, in a backpack, at home in a kitchen – really, almost anywhere,” says the maker of spectrometers and related analytical photonics equipment.

It is not the only example of the TacticID-GP equipment being used by the US authorities. Last month, B&W said that it featured in a three-day Department of Defense explosive disposal simulation that took place near Washington, DC. 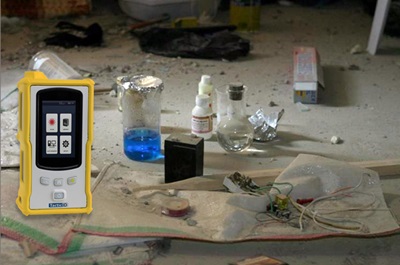 “The function of the military simulations was to educate US Explosive Ordinance Disposal soldiers on the latest handheld Raman identification equipment available,” announced the firm.

Over the period of intensive training, the soldiers are said to have used the TacticID-GP in a variety of realistic scenarios including tackling a terrorist-improvised explosives lab, investigation of a car bomb scenario, and analysis of a toxic industrial chemical spill.