Sources for surgical applications set to ship over the next two years as CEO hails 'excellent momentum'. 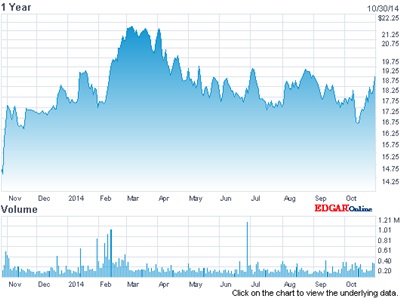 Newport CEO Robert Phillippy has told investors that the diversified photonics company is confident of posting a record-breaking sales figure for its fiscal year 2014, after a sudden boom in orders in October.

Those orders came too late to have any impact on the California firm’s latest quarterly financials, covering the three months ending September 30, and in which Newport posted sales slightly below market expectations.

At $146.3 million, sales were up 5 per cent on last year, with growth in all sectors except defense and security. Better margins also translated to a net income of $9.5 million – up from just $0.4 million a year ago.

Orders received in the quarter grew less strongly but were still up 2 per cent year-on-year at $147.3 million, with the strongest performance in the life and health sciences sector.

And that sector has already received a major boost since the end of the quarter. “We received a $25.7 million order from an existing OEM customer for ultrafast lasers used in surgical procedures,” Phillippy told an investor conference call, adding that momentum in the important semiconductor equipment market also looked healthy.

Optimism on “brisk” order activity
Although the ultrafast laser order is timed to ship over the best part of two years, the building momentum and additional sales expected from recent fiber laser acquisition V-Gen prompted Newport to predict that sales in the closing quarter of the year would be somewhere between $150 million and $156 million.

If correct, that would translate to annual sales of around $600 million, which would just beat the fiscal 2012 figure of $595 million and represent a 7 per cent increase on fiscal 2013.

Phillippy described recent order activity in the microelectronics sector, where Newport’s Talon and Quasar lasers are said to have made a strong impact, as “brisk”. The CEO also declared himself “very optimistic” about the company’s prospects in life and health sciences applications, where ophthalmic applications are proving to be the main driver at present. 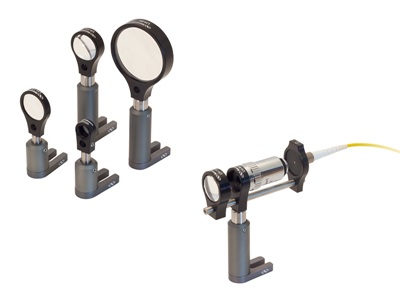 Newport’s Spectra-Physics laser division delivered a very good quarter, with its income nearly doubling on the same period last year to $6.4 million as sales jumped 13 per cent to $44.2 million.

In the closing quarter of the year, the acquisition of V-Gen is expected to add $3 million to Newport’s sales, ahead of an anticipated contribution of between $15 million and $20 million during fiscal year 2015.

• Despite the positive message from Newport, its stock dropped in value by around 10 per cent to just under $17 in early trading following what was seen as a below-par return for the latest quarter.