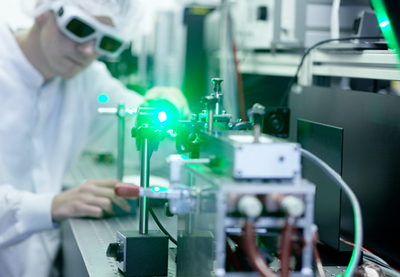 Diversified laser products manufacturer Jenoptik, Jena, Germany, has announced it has won an order worth more than €4 million to produce medical lasers.

The company commented, “Our Lasers & Material Processing division has received a large order from a well-known German manufacturer of medical technology, confirming the continued positive demand for our medical lasers.”

During 2014 and 2015, Jenoptik will manufacture for the unnamed client so-called multicolor thin-disk lasers, which are destined for use mainly in ophthalmology. The order is a continuation of many years' cooperation between the two companies.

The lasers are diode-pumped thin-disk lasers of Jenoptik’a JenLas D2 range. These types of laser work in CW mode emitting green laser light at between 532nm and 659nm (green through orange). Compact in design, they are suited to OEM integration into laser therapy systems. With an output power specified from 2.5 to 8W, the lasers typically find many different medical applications. The company adds that the D2 lasers are also suitable for show and entertainment applications.

With its Lasers & Material Processing division, Jenoptik is a leading manufacturer of laser technology and provides products and solutions along the value-added chain of laser material processing – from components up to complete laser processing machines. In the Lasers business unit, the company specializes in high-quality semiconductor lasers, diode lasers as modules or systems and solid-state lasers such as thin-disk and fiber lasers.