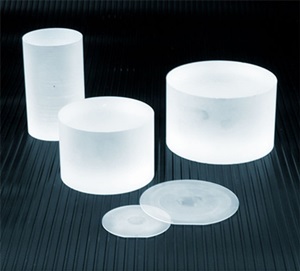 The judge presiding over the GT Advanced Technologies (GTAT) chapter 11 bankruptcy case has told the company to file an emergency motion to “wind down” its sapphire operations*.

Judge Henry Boroff of the US Bankruptcy Court, District of New Hampshire, said GTAT could now enter its own order to the court to stop making the material, as well as wind down a related employee incentive plan.

GTAT has since filed the motion with the court, writing that the contemplated wind-down was "necessitated by a liquidity crisis", and pointing out that the sapphire manufacturing facility was burning cash at a rate of $1 million each day.

"Any delay in implementing the wind-down process will have a significant, negative impact on the value of GTAT's estates to the detriment of GTAT's creditors," claimed the firm. "It is therefore imperative that the wind-down motion be heard as soon as possible."

Apple secrecy
It comes after a week that began with the materials company surprising markets with its bankruptcy filing, at which time its CEO Tom Gutierrez said that GTAT intended to conduct business as usual.

GTAT currently employs around 1100 people in the US, and although many of those are unconnected with the sapphire side of the business, the ramp-up of production intended to supply Apple with the material for its various gadgets had previously been expected to create 700 jobs in Mesa, Arizona*.

The judge’s order also granted GTAT’s wish to keep documents relating to its business relationship with Apple “under seal” (i.e. secret). Details of any proposed disclosures to the bankruptcy court will be passed to Apple, whose lawyers will be able to ask the court to keep them under wraps**.

GTAT had previously asked for the unusual level of secrecy when it disclosed that the deal with Apple – under which the consumer electronics firm was not obliged to buy any sapphire at all - also included a confidentiality agreement with a potential $50 million penalty for each violation.

In its court filings, GTAT now describes that agreement with Apple as "oppressive and burdensome" and that, in a Kafakesque twist, the confidentiality agreement itself was to be treated as confidential.

Bondholders in the dark
According to a Bloomberg report, GTAT’s trade creditors are currently owed in the region of $145 million, while its bondholders are on the hook for some $434 million. GTAT said it currently has cash holdings of around $85 million, and because of the secrecy surrounding the case the details of its planned reorganization are scant – leaving both investors and creditors in the dark.

What is known is that a final “pre-payment” from Apple of around $139 million to complete a capacity ramp in Mesa was due to have been paid this month, and that the deal between the two companies relied on GTAT hitting certain performance and business milestones.

But if GTAT missed whatever targets had been set that $139 million may have been withheld, while it could have been asked to start repaying the Apple cash ahead of the January 2015 starting point that had originally been pencilled in.

More may become clear next week, after Judge Boroff scheduled a hearing for 2pm on October 15 in Springfield, Massachusetts.

Following the latest bankruptcy court filings, GTAT’s stock price dropped in value by another 20 per cent. The company, which had been valued at around $1.5 billion a week ago, is now worth only a tenth of that.

* Update (October 13): GTAT has subsequently revealed through another court filing that "in order to preserve the value of its assets" it must wind down its sapphire manufacturing operations in both Mesa, Arizona, and Salem, Massachusetts.

"Unfortunately the wind-down of the sapphire manufacturing operations also means the loss of 890 jobs," said the company, although that number does not include another 550 temporary workers who are employed via an agency.

GTAT said it wants to go back to focusing on what - prior to the Apple agreement - had been its core business of selling sapphire furnaces and related products.

** GTAT has subsequently requested to file unredacted details to the public court, with the caveat that it cannot be expected to do so (given the potential financial penalties) unless it receives express direction from the judge.